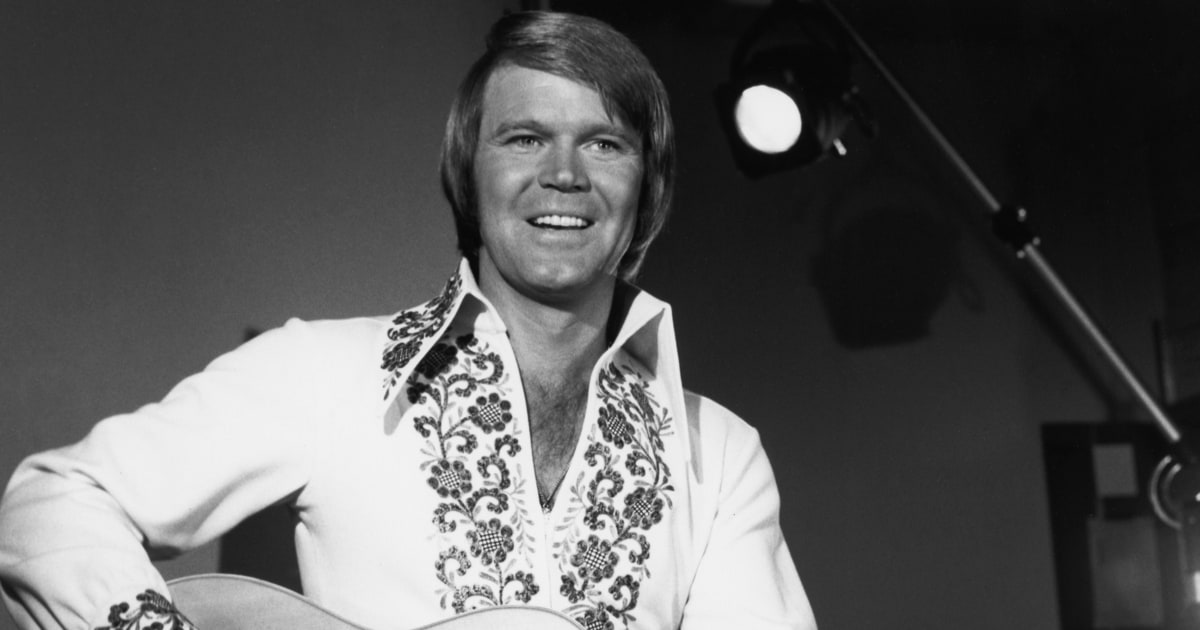 About Glen Campbell from the great Jimmy Webb:

“Well, that moment has come that we have known was an inevitable certainty and yet stings like a sudden catastrophe. Let the world note that a great American influence on pop music, the American Beatle, the secret link between so many artists and records that we can only marvel, has passed and cannot be replaced – my friend and brother in music, Glen Campbell. He was bountiful. He gave me a $2,000 bag of golf clubs once and I went out to Sterling Forest in Tuxedo Park and damned near killed myself trying to learn to play golf. He gave me a Remington 45/70 for my birthday and I was immediately more successful with that. His was a world of gifts freely exchanged: Roger Miller stories, songs from the best writers, an old Merle Haggard record, or a pocket knife.

He gave me a great wide lens through which to look at music. I watched him in awe executing his flawless rendition of “The William Tell Overture” on his classical guitar in his Vegas show. Jazz he loved. He claimed he learned the most about playing the guitar from Django Reinhardt. The cult of The Players? He was at the very center. He loved trading eights with George Benson in a great duel that broke out on a television show one night. Vince Gill and Keith Urban he eulogized. (About Urban he said one night, “that kid is a monster.”) Talking about Vince he would slowly shake his head in disbelief. He was recognized internationally in that unchartered fraternity of the very hot players, like Mark Knopfler, Jeff Beck and Paul McCartney. (Sir Paul was present at one of the final concerts and paid a backstage visit.) He loved The Beach Boys and in subtle ways helped mold their sound. He loved Don and Phil, Bill Medley and Bobby Hatfield, Flatt and Scruggs. This was the one great lesson that I learned from him as a kid: Musically speaking nothing is out of bounds.

Of course, he lavished affection and gifts on his kids, family and friends. His love was a deep mercurial thing and once committed he was a tenacious friend as so many in Nashville and Phoenix, L.A. and New York, compadres all over the world would testify. One of his favorite songs was “Try A Little Kindness” in which he sings “shine your light on everyone you see.” My God. Did he do that or what? Just thinking back I believe suddenly that the “raison d’etre” for every Glen Campbell show was to bring every suffering soul within the sound of his voice up a peg or two. Leave ’em laughin.’ Leave them feeling just a little tad better about themselves; even though he might have to make them cry a couple of times to get ’em there. What a majestically graceful and kind, top rate performer was Glen on his worst night!

I remember one evening after his Vegas show he grabbed me and Roger Miller and Carl Jackson and we all went over to a hotel on the back side of the strip where Kenny Rogers was playing a one a.m. gig in a half empty room. Kenny was floating somewhere between the First Edition and mega stardom and things were kinda slow round about then. In we trooped and Glen sat down in a big booth and ordered ice buckets full of beer and champagne. We whooped and hollered our way through every damn song. We went back stage after and we loved on that big old bearded guy with a frog in his throat who was headed for the stratosphere of stardom.

When it came to friendship Glen was the real deal. He spoke my name from ten thousand stages. He was my big brother, my protector, my co-culprit, my John crying in the wilderness. Nobody liked a Jimmy Webb song as much as Glen! And yet he was generous with other writers: Larry Weiss, Allen Toussaint, John Hartford. You have to look hard for a bad song on a Glen Campbell album. He was giving people their money’s worth before it became fashionable.

I am full of grief. I am writing because I think you deserve some sort of message from me but I am too upset to write very well or at any great length. It’s like waking up in the morning in some Kafkaesque novella and finding that half of you is missing. Laura and I would call upon you to rest your sympathy with Kim Campbell and her children Cal, Shannon and Ashley; his older children, Debby, Kelli, Travis, Kane, and Dillon; grandchildren, great- and great-great-grandchildren. Perhaps you could throw in a prayer for the Webb kids, Chris, Justin, Jamie, Corey, Charles and Camila who looked upon him as a kind of wondrous uncle who was a celebrated star and funnier than old dad.

This I can promise. While I can play a piano he will never be forgotten. And after that someone else will revel in his vast library of recordings and pass them on to how many future generations? Possibly to all of them.”

“I learned it was crucial to play right on the edge of the beat … It makes you drive the song more. You’re ahead of the beat, but you’re not.” 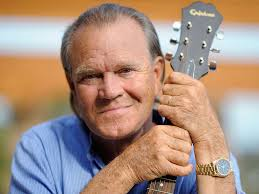