When I first started fly fishing in Montana in  the early 1970s I stayed in Livingston. That’s where all the movie stars and artists and famous authors live today. Back then they weren’t around so much but Dan Bailey was. Dan Bailey’s fly shop was famous…Joe Brooks wrote about it and everybody read Joe Brooks. They had a room off to the side where the ladies tied flies all day and Dan Bailey sold them all over the world. When I walked in there for the first time I had just been skunked on Armstrong Spring Creek so I was looking for the secret fly.

There was a wall with Big Fish plaques and Hodgeman waders hanging down and enough trout flies to supply a small army. I watched a little bald man scurry around back behind the counter…he would disappear into the back room then reappear…shuffle over into the tying room…back and forth…on the move. I figured this guy must know something so I intercepted him during one of his passes through the shop. 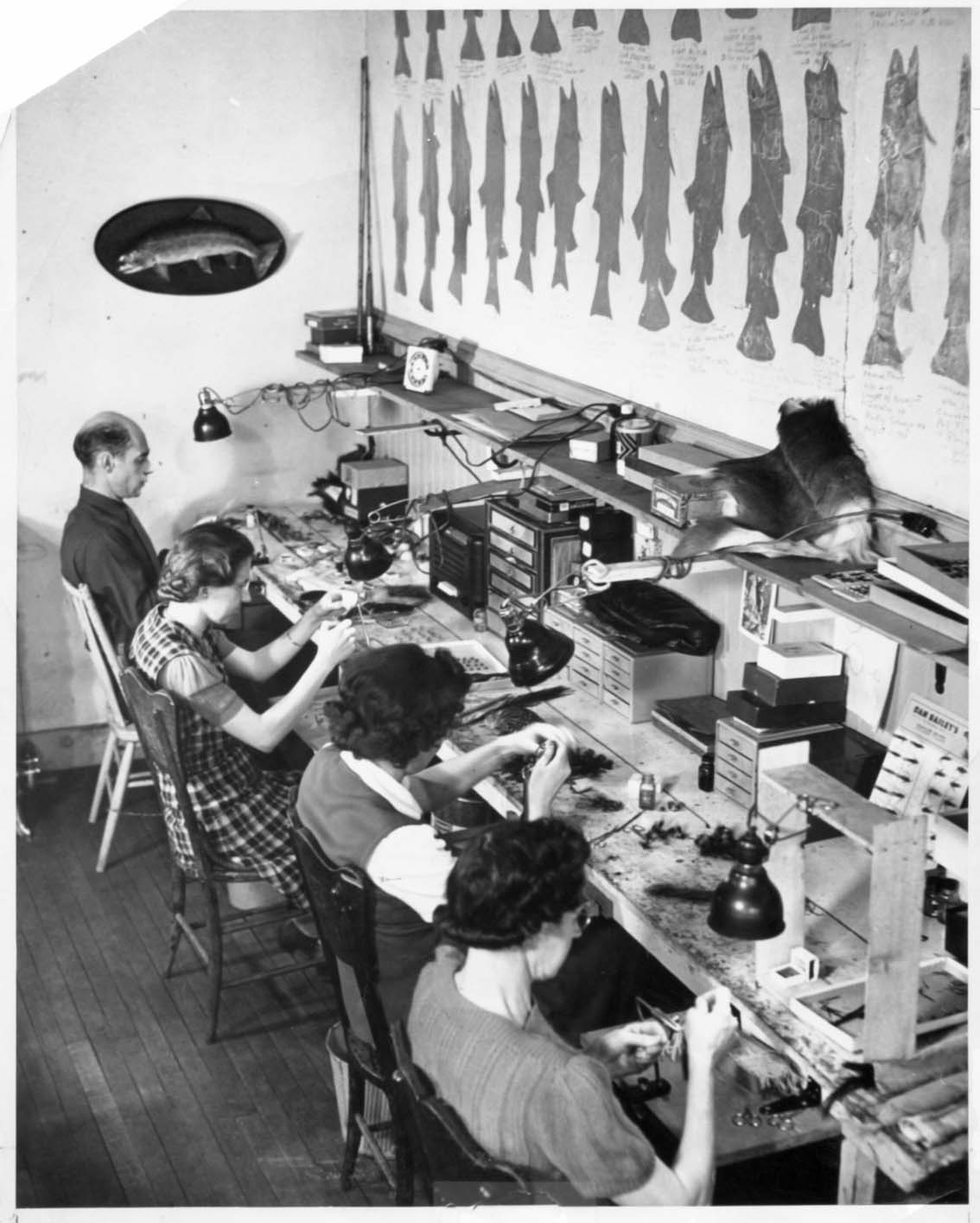 “Excuse me sir, my name is Randy Brown and I was wondering what it takes to catch those stinkin’ fish over at Armstrong?”

“ What kind of hatch did you have?”

“A bunch of white flies comin’ off…all over the place.”

“Sulphurs…we get a lot of those on Armstrong in September…hang on a sec.”

The little bald man went over to a fly case and pulled out a clear plastic box.

Of course they were tied right there in the shop and they looked a whole lot better that the scroungy flies I carried in my vest.

…”Hey thanks”, I said, and the little man disappeared into the back room.

On the way out the door I thanked one of the girls and told her I’d be back.

“That man over there sure helped me out…who is he?”