One thing about being a fishing guide, you meet all kinds of people…hundreds of them…maybe thousands…tall ones, short ones, fat ones, skinny ones and everything in between. Most are long forgotten…mixed up in a swirl of fishing memories…blurred by the passing of time.  Not so with Lem Beardsley.  OK, I confess, he was one of my two favorites…the other being his late wife Virginia Jeffers Beardsley. Lem had plenty of stories but Ginny could match him tale for tale. Like when she would kill rattlesnakes on her mother’s (Belle Jeffers) Montana ranch every summer as a little girl. 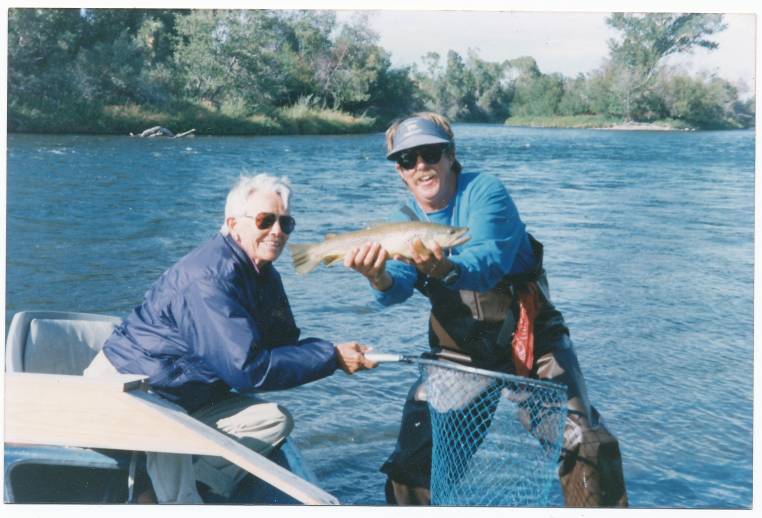 My favorite story with Lem was when he booked me for a bonefishing trip in the Keys in April of 1993. He said “Randy my friend Don is coming along. He doesn’t fly fish, can’t tell a bonefish from a catfish and by the way he “don’t see too well”…”see what you can do”…uh, oh. We laughed and headed up to my number one, can’t fail, guaranteed bonefish spot: the oceanside flats of Key Largo. Lem says “OK, Donny boy, I want you to have the bow…get on up there and catch you a bonefish”. To which Don replied “what do they look like?’…uh, oh. So I jumped up on the tower and started poling down sun. Almost right away I spotted a large bonefish mud murking up the water over the grassy flat. A school of bonefish was puffing up the bottom in a feeding feast. “Big school of bonefish, two o’clock, fifty feet!” 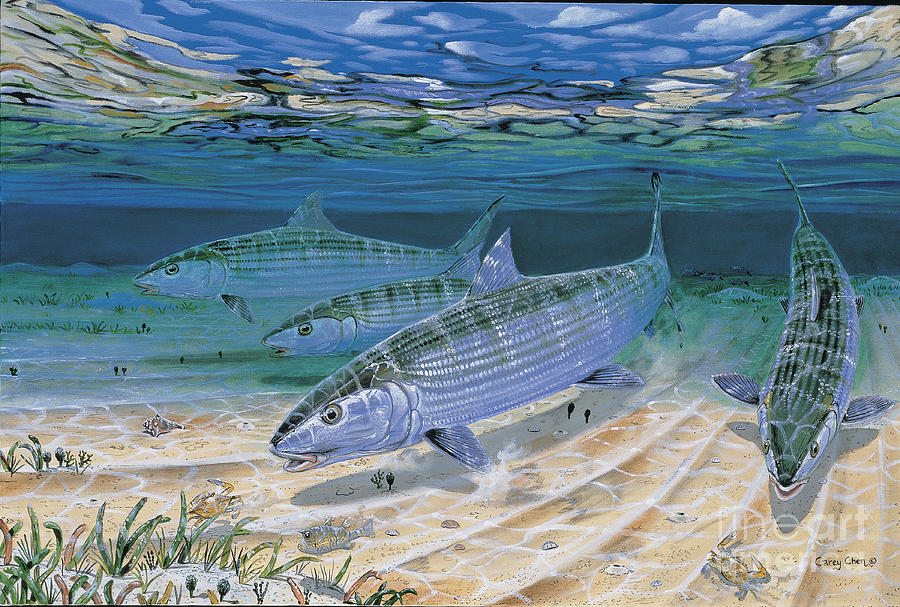 “Huh…wha?…where?…who?” Bonefish Don took a mighty heave and launched his live shrimp into the stratosphere. The bait twisted and hovered and sailed upward into the wind. It reached it’s apex and like a wounded quail it fluttered down, down, down and landed kersplat right in the middle of that school of fish. “ZZZZZZZZZIP!” It sounded like someone fired up a mini chain saw. Ten minutes later we scooped up a nice, fat eight pound Key Largo bonefish. 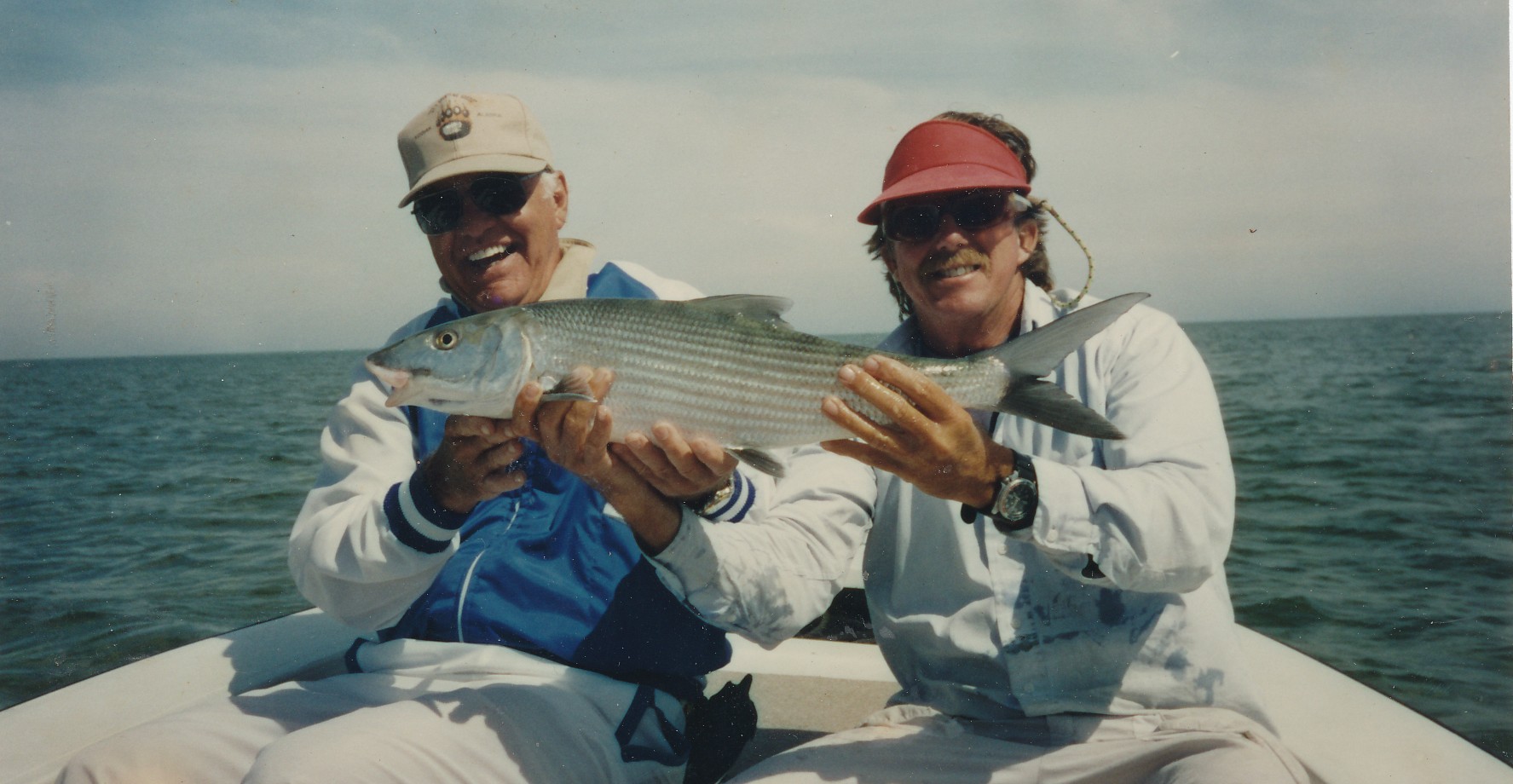 Now “Bonefish Donny” never saw that fish or for that matter any of the dozens of other fish we cast to that day. But somehow he landed three bonefish of six, eight and nine pounds and gol-dang if he ever saw any of them! Me and Lem had a good chuckle over that one! 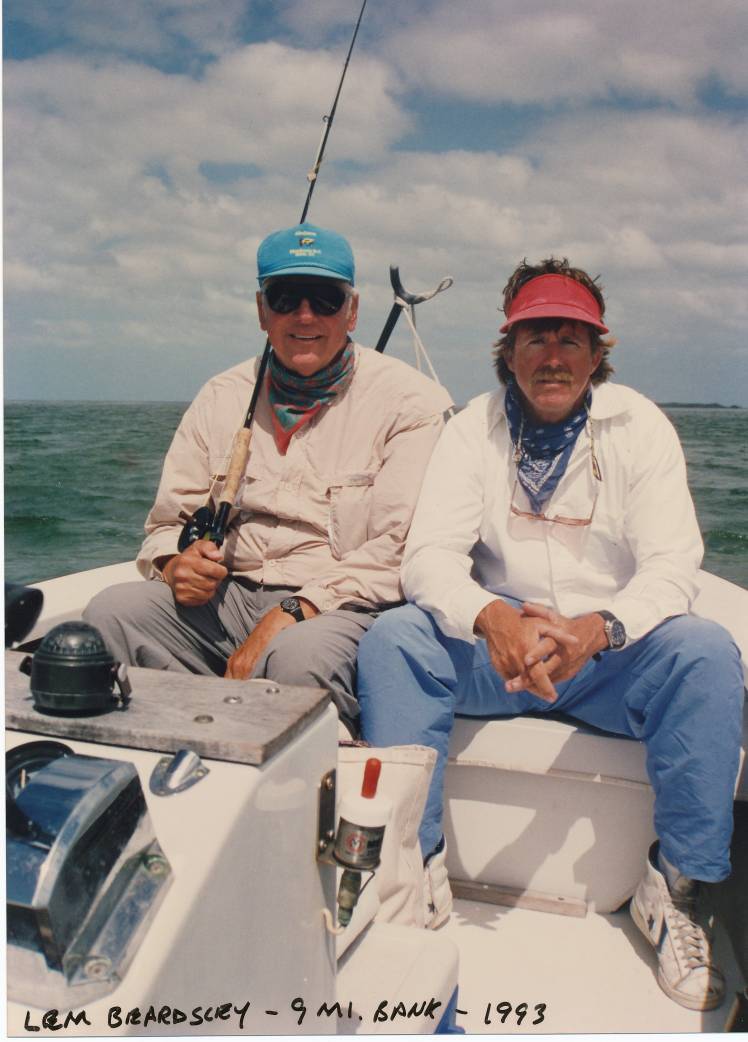 It wasn’t too long after that Lem brought Ohio State and Boston Celtic legend John Havlicek and his wife Gwen down to the Keys to fish with me. Being a born and raised Ohio boy needless to say I was having a great time with Hondo. And Havlicek was just like Lem…a class guy all the way and great fun to fish with on the flats.

It didn’t matter if it was Montana or in the Keys, with Lem Beardsley it was always a good time. 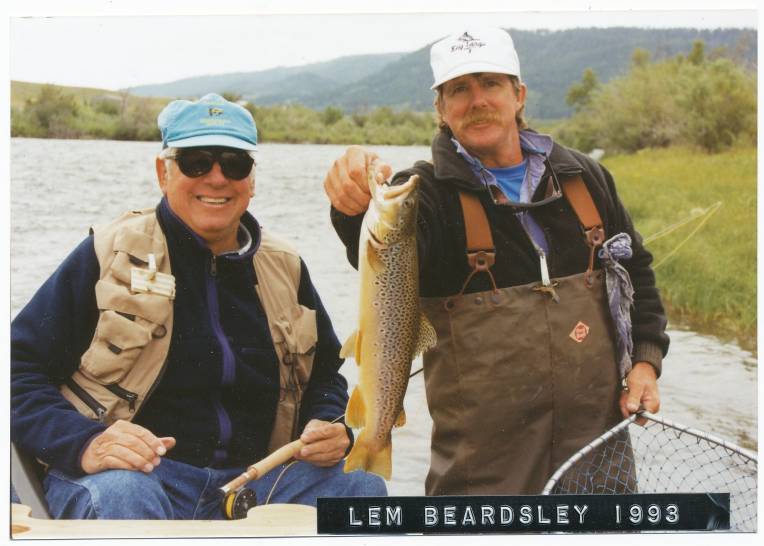 Lem loved his fly fishing and he was good at it. He was even better at being a human being. We had many good times. I will never forget him.