THE LUCKIEST MAN IN MONTANA.

“Hello, Randy…there’s been a bad accident.” The voice on the other end of the phone was distinctive…part Long Island and part Palm Beach…a little timid but very sincere. Cynthia Boomhower loved fishing and riding horses. She bought the CB Guest Ranch on Indian Creek in Cameron, Montana so she could enjoy both. She held several ladies IGFA fishing world records and maintained a stable of good riding horses. CB Ranch guests could saddle up, strap on a fly rod, ride up the Indian Creek trail to fish, then ride back to the ranch in time for cocktail hour. She had a standing date every Tuesday and Thursday all summer to fish the Madison River with guide Bob Cleverley. She only fished dry flys and was deadly with her short, accurate casts. Forty to fifty fish days were common. On this day, August 25, 1985 I was scheduled to take one of her guests on a Madison River float trip.

“Mr. Beach got into trouble on the trail,” she explained.

“His horse spooked and he had a bad fall…his leg snapped and we had to rush him to Bozeman…they put his leg in a cast and he can’t make the trip. But I have a gentleman here who would like to take his place.”

“Sure Mrs. B…no problem. Be glad to take him. Tell him to meet me at Cleverley’s shop at 8AM.”

“Good then Randy…I will tell him. His name is Carey Kirk.”

I met Carey Kirk at Bob’s Tackle Box the next morning. He had never been on a float trip before…most of his fly fishing was done wading…he was a college professor at a Midwestern university.

“So you like to wade fish?”, I asked as we drove up the Varney road.

Carey Kirk broke out his inexpensive fly rod with a non-descript reel and rigged up while I launched the boat. I tied on a #16 elk hair caddis to 5x tippet and Carey made a few casts. It only took two or three casts…it was obvious Mr. Kirk knew what he was doing.

I decided not to waste any time…I just scooted downstream passing up a few so-so spots, rowed around a drift boat or two and headed straight for one of my favorite places in the Varney stretch. It was a side channel with a very shallow, narrow entry point; I had to bounce and scrape a few rocks to get in there…and then it wound down through a choppy riffle and ended up opening into a deep, wide, smooth glide with a long, grassy clay bank on the left, and a shallow, easy-to-wade gravel bar on the right. I snuck in quietly, slithered out of the boat without commotion, walked it over to the gravel bar and beached. No one was around. I looked down the glide and all I could see for forty yards was trout rising…everywhere.

He started at the bottom and worked up. He didn’t have to move much. There were caddis, mayflys, midges and tricos mixed. The rises were varied…from sips to slaps to slurps. One by one Carey Kirk picked them off. 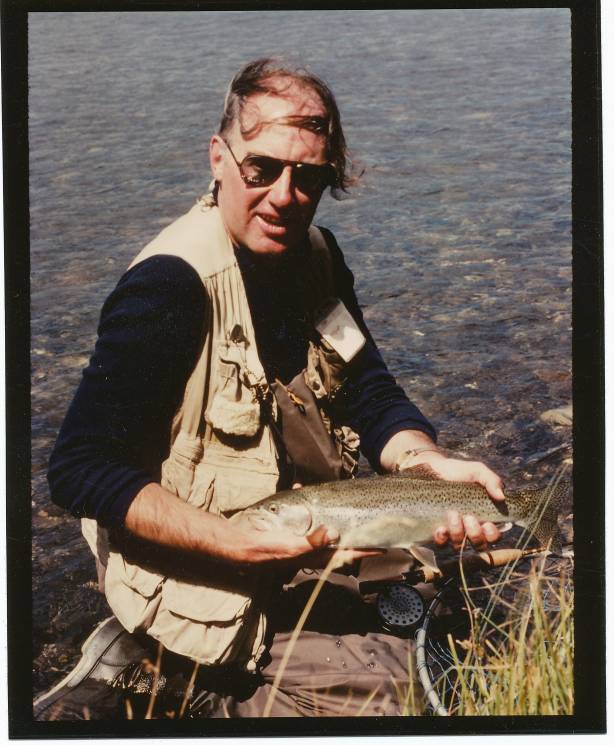 He was an excellent caster. He knew where to put the fly…how to float it, how to mend it and how to set the hook. Each trout he hooked he played skillfully…slowly easing them out of the pack and coaxing them to the shore. Every five or ten minutes I slid the net under another nice trout, carefully releasing them all. 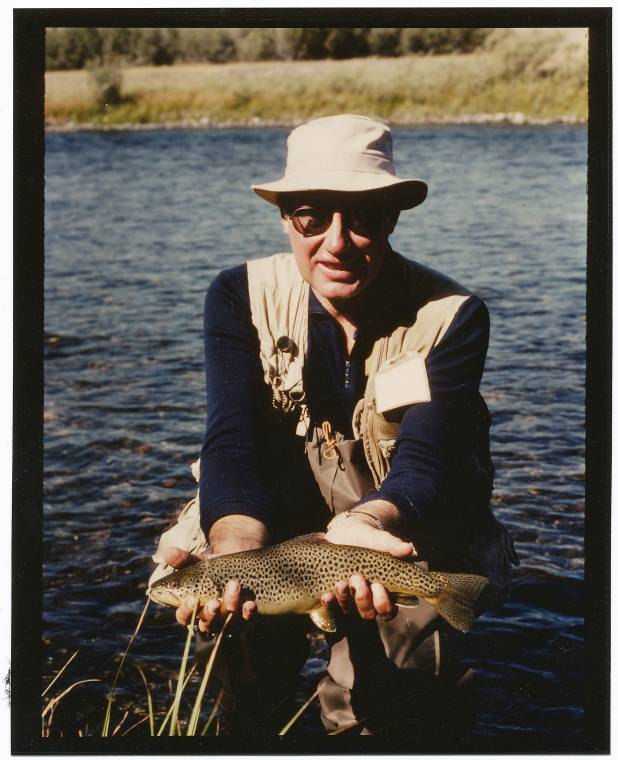 We switched from elk hair caddis to parachute adams…still they rose…still they kept feeding and taking the fly. The action was non-stop. Never once did Carey Kirk  break a tippet…never once a snag or a snarl or a tangle. I stood in my waders and enjoyed the show. 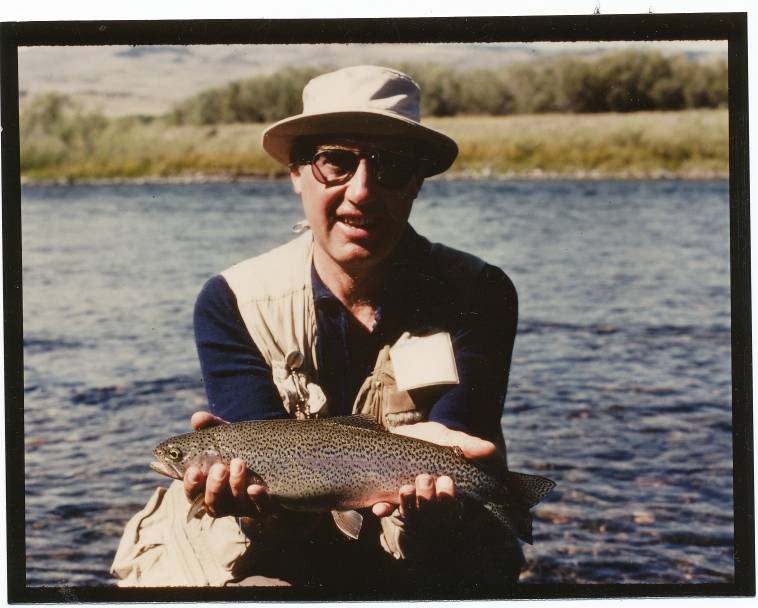 Finally, I looked at my watch…it was 11:45 AM. We had been in one spot for three hours. The final tally was 24 trout from 12-20 inches…rainbows and browns…all on dry flys..all on 5x tippet. We ate lunch and float fished down to the Ennis Campground. I got paid and said goodbye. For that one day in August…on a fishing trip he was never supposed to be on…because of a freakish, unfortunate accident, Mr. Carey Kirk was definitely the Luckiest Man in Montana.