WHERE HAVE ALL THE “THYMALLUS ARCTICUS” GONE? 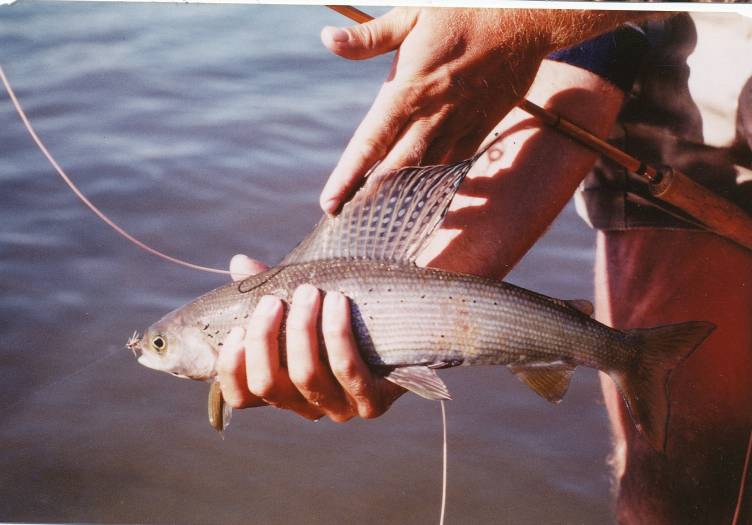 their saddlebags and lug back to camp for the evening grill-out. Graying were plentiful in Montana in 1805 and they hung around for a while into the 20th century. Native to North America, the grayling slowly disappeared until the only known populations in the lower 48 were in Michigan and Montana…and then the Michigan grayling went extinct. Now in Montana we have the only known strains of grayling left in the U.S. other than Alaska. We used to catch them fairly regularly on our float trips in the 1980s and early 1990s. Checking back in my fishing logs, I found the following:

“July 11, 1983…caught 32 fish on a float from Ennis Campground to Klutes. I stopped and held the boat in the Middle Channel near the lake and the boys caught 21 grayling from 8″-15″ on #16 Elk Hair Caddis. We fished until dark and then I rowed over to Klutes” 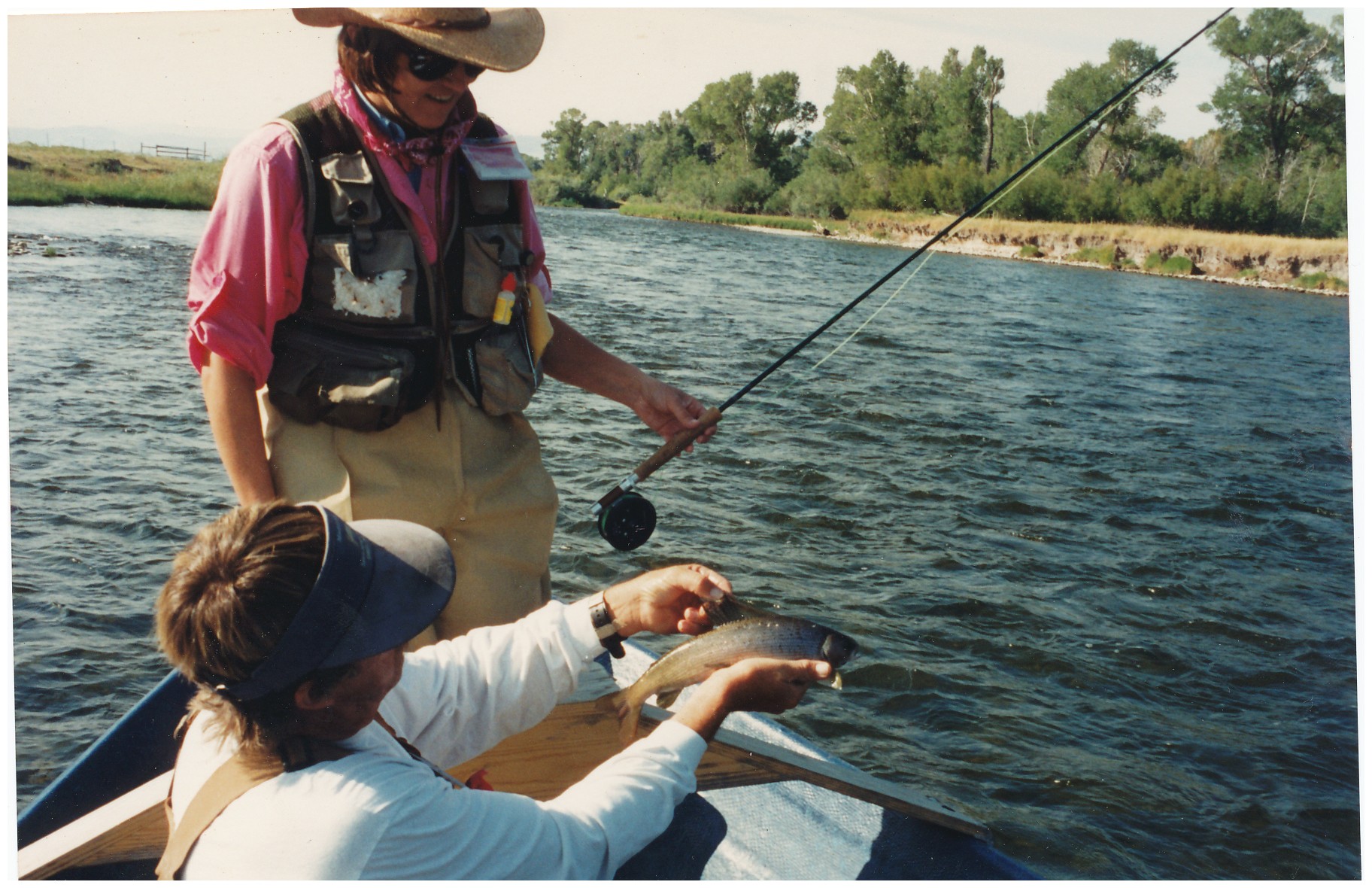 I noted in my log book that I caught and released 11 grayling on my river float trips that year (1992). There are grayling in the Upper Big Hole and Upper Ruby and a smidge scattered around in a few lakes…but Montana has the only grayling left in the U.S. outside of Alaska. I hope Lewis and Clark enjoyed a few good meals of grayling-on-a-stick. The way it looks now, the grayling are going the way of the Dodo, the Passenger Pigeon, the Ivory Billed-Woodpecker and the Wooly Mammoth. Too bad. They were a lot of fun (and easy) to catch. Adios, Mr. Graying.

I took all the photos on this page of grayling we caught and released in the Madison River many years ago. 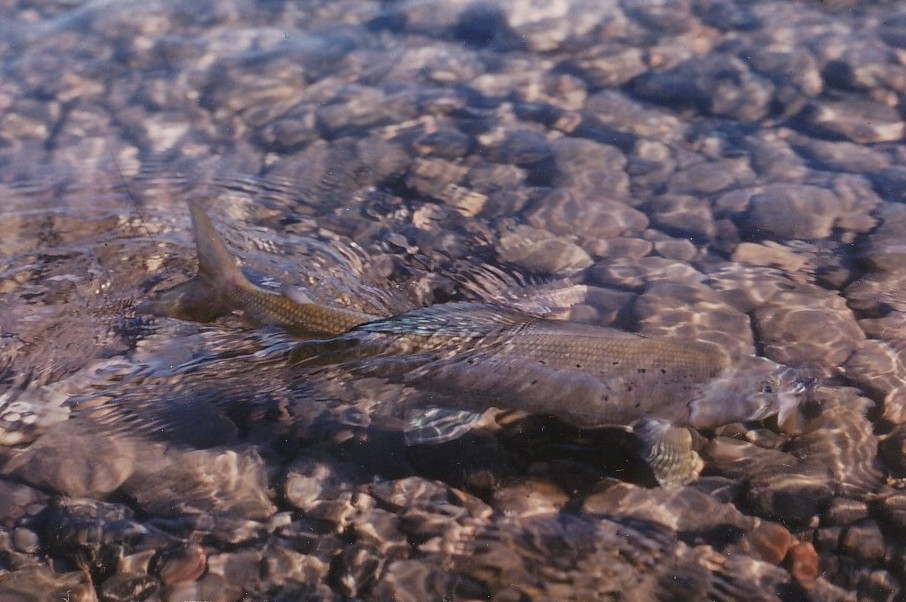 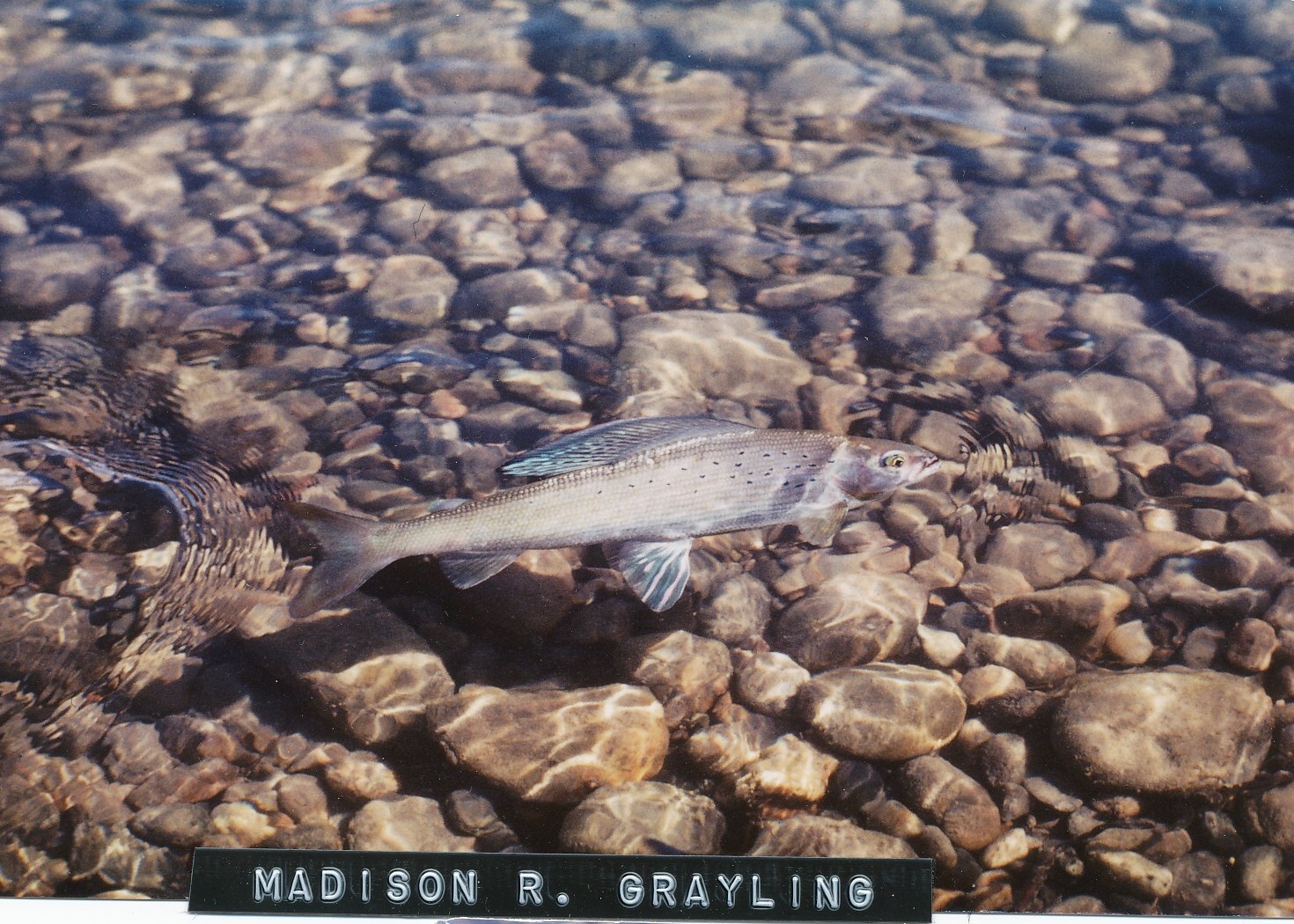 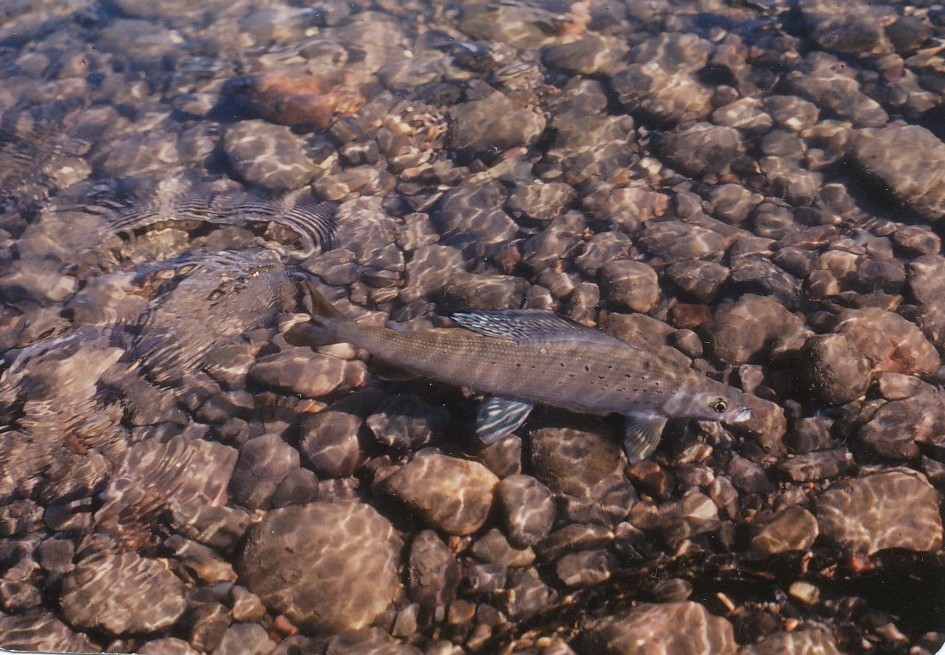