Today was the memorial for Jose Wejebe who was killed last week when his small plane augered in at Everglades City, Fla. I was lucky to know Jose…we started guiding in the Keys about the same time in the early 1980s 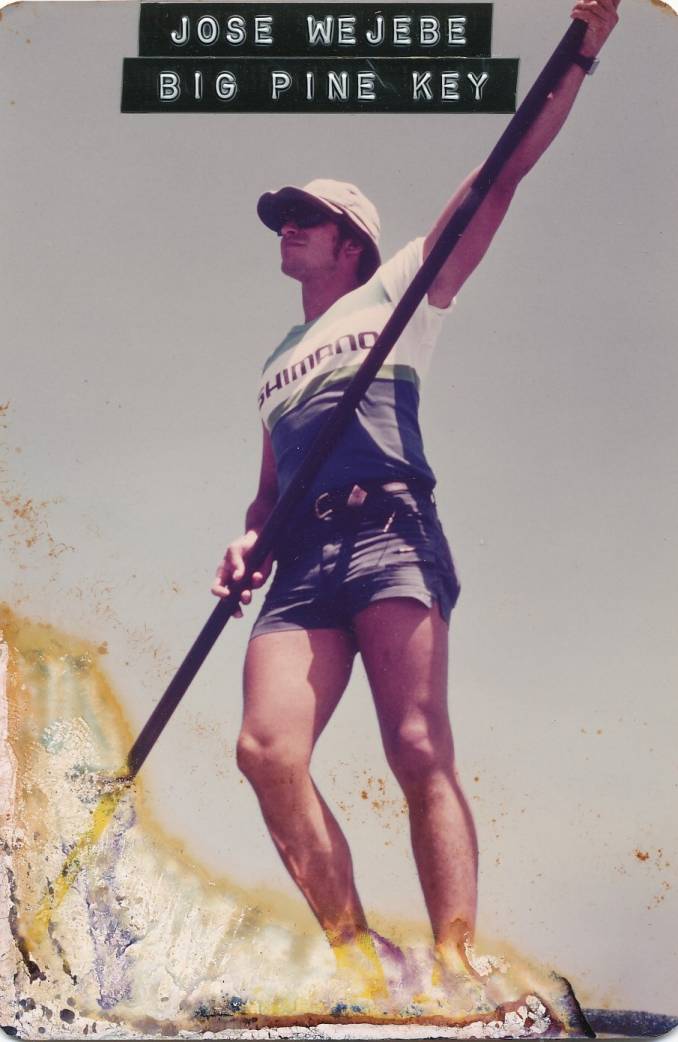 I took this photo in Jose’s skiff a long time ago…it got water damaged in a hurricane flood…he was probably in his twenties…he was guiding Stu Apte trying for a 4 lb. line class record permit out of Key West and I was along for the ride. Jose was excited because he just got endorsed by Shimano and was trying out their new gear. We had a fun day of fishing and trying hard…Stu caught one permit that just fell short of the world record near Boca Grande Key…and a mutton snapper off the back of a sting ray that was a brute on 4 lb. test. Jose later did guide an angler to the world record permit on 4 lb…I believe it was a fish that topped 40 lbs! 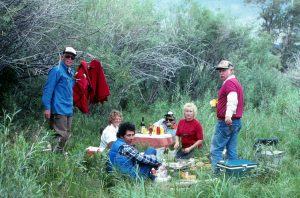 The next year, I took Jose, Stu and Ralph Delph down the Madison River with my bud Glenn Law. We told a few lies and wondered why the Seal Drys leaked! Later on, I was one of the guides with the Fishing International group out of Northern Calif. at Sugarloaf Lodge in the Lower Keys. Jose was the lead dog in the rodeo that featured a cast of thousands including Frank Bertaina, Bob Nauheim, Del Brown and Neil Bohannon. I’m not sure how I survived that one!

But Jose sure did…and he became a top fishing guide…the real deal…no drugstore cowboy…he could do it all and come through with the goods. He did it with hard work…a zillion trips to the Marquesas and everywhere else…and a way with people. He was a positive guy…a nice guy…and a sincere guy.

The last time I saw him was at the Cheeca Lodge for Stu Apte’s wedding..you know he would never miss that one!

It is a sad day…Jose was always nothing but nice to me…rest in peace Spanish Fly.