TRACK OF THE GRIZZLY

When I read this headline from last week’s Madisonian newspaper I wasn’t surprised…Indian Creek is an area I am all too familiar with having hunted and fished up that trail many times. It’s not the first griz attack up Indian and I’m sure it won’t be the last. 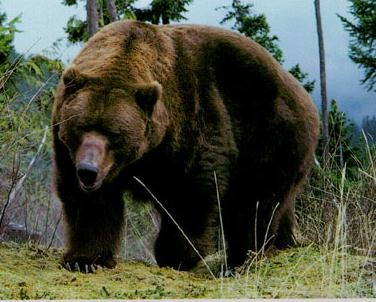 A few years ago some boys from Oregon came staggering down the Indian Creek trail all bloodied and beaten…the one guy’s head looked like it had been run through a Waring Blender. The Oregonians started out  bow hunting elk and ended up being grizzly bait. There have been other griz sightings in that area.  One time a griz was spotted feeding on two ranch cow carcasses that got lost in the hills above Indian Creek. The Forest Service went up there and set dynamite charges in the carcasses and Kaboom! blew ’em all to smithereens.

But it wasn’t always that way. When I first came to Montana fishing and hunting in the 1970s, you hardly ever saw or heard about a grizzly bear in the Madison or Gravelly Mountains..once and a while, but it was pretty rare. About the only way I knew much about grizzlies I got from reading Frank Craighead’s classic work, “Track of the Grizzly”. Published in 1979, the book chronicles the Craighead brothers ground-breaking grizzly bear research done in Yellowstone Park in the 1960s. Using methods seen as almost primitive these days, the brothers gained amazing insight into the bears life and death cycle and it’s realtionship to man…it wasn’t always a pretty picture. 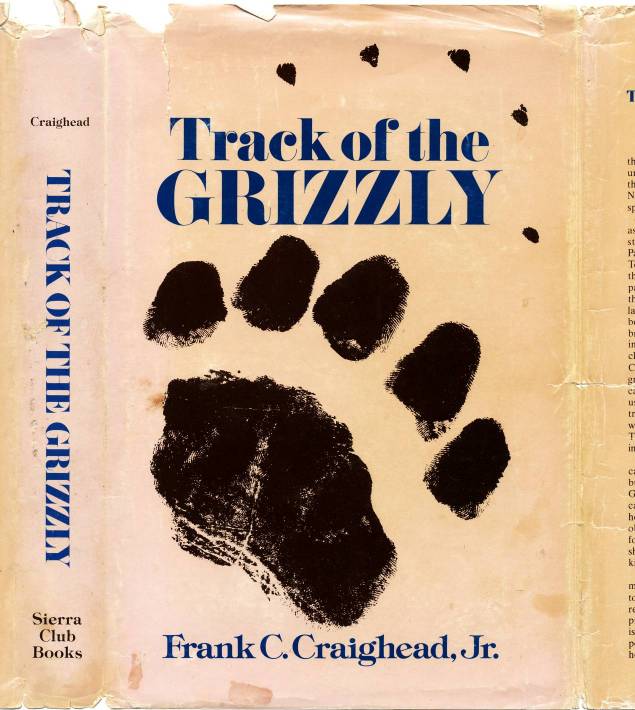 When I started bow hunting for elk in the 1980s around these parts, grizzly bears were the furthest thing from my mind…just like Alfred E. Neuman, it was “what me worry?”  I thought nothing about backpacking in to remote camping areas…pitching my little blue Jansport…rolling out my Marmot bag and spending 4 or 5 nights…usually alone…living it up on freeze-dried, granola bars and instant coffee. Some of my “campsites” were almost comical: 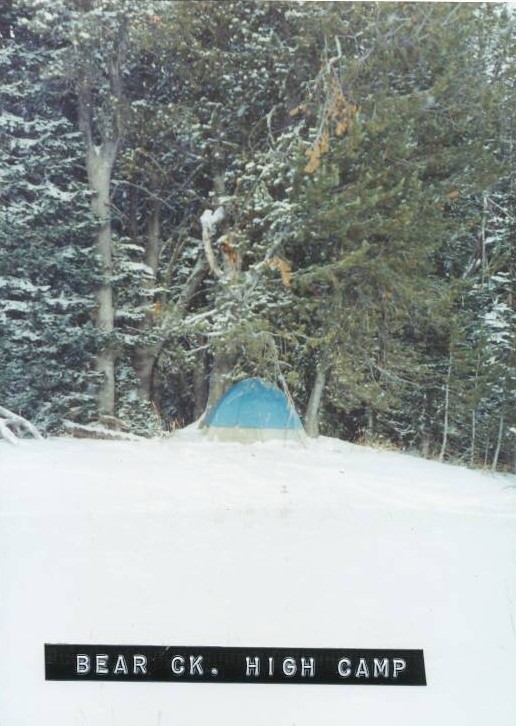 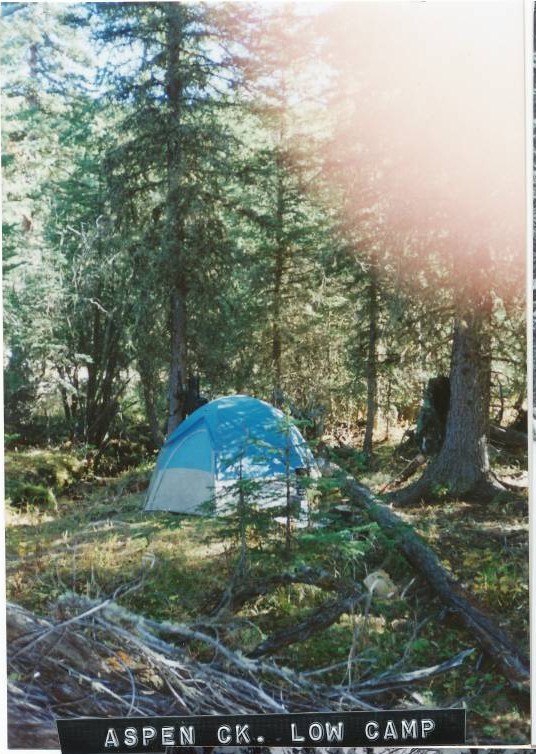 Then all of a sudden I started hearing the bear stories. One of my buds was run up a tree by a griz in the Ulreys Lake area near Moonlight Basin…another fellow I knew…an avid bow hunter and retired CIA Operative, told me about a face-to-face he had with a sow griz & cubs in the Carrot Basin area near the head of Beaver Creek. He stood there while she stared daggers through him at 20 yards. He was holding his bow in one hand…the other hand was on his .45 in the holster. Luckily, she turned tail and ran. But he had another close call with a griz and it got so he couldn’t sleep in his tent anymore. Here was a guy who made his living close to danger yet got so spooked by bears he gave up bow hunting.

Then on June 25, 1983, a 23 year old man was dragged from his tent while camping at the Rainbow Point Campground near West Yellowstone. The bear consumed 80% of the man’s body and was later captured and killed with an injection of poison.

The next bear story made local headlines. Our game warden trapped a bear behind the Diamond J Guest Ranch up Jack Creek. It was dark when he got to his culvert trap early in the morning. He hooked up the portable trap to his pick-up and headed for the “release area” up Johnny Gulch. He sprung the latch and out comes a reallly pissed off grizzly bear making a hard u-turn and coming right for him. Luckily he was a good shot. He found the griz dead about 75 yards away in a heap. 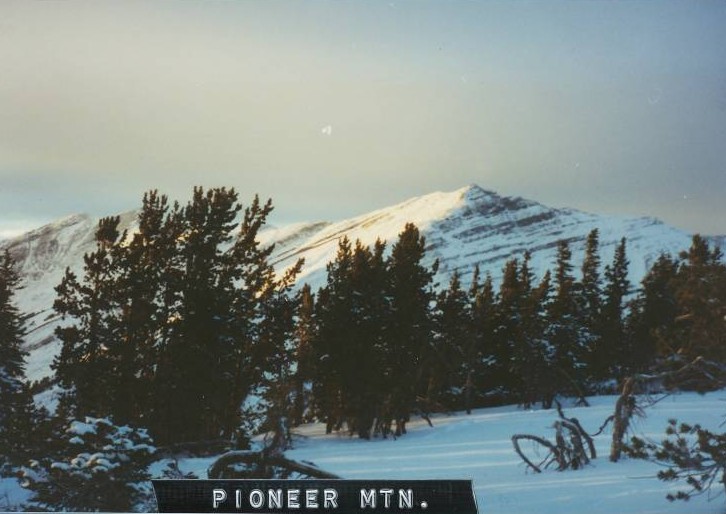 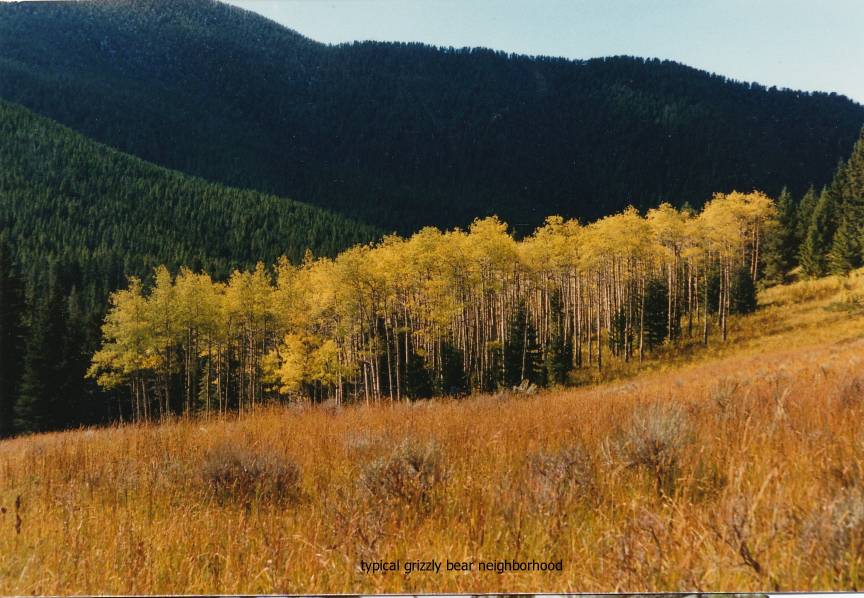 Then I was hunting for elk shedhorns one spring and came over a ridge to see a sow black bear with two cubs chewing on a dead mule deer carcass…I froze…I had no weapon…whoosh, she scoots the two cubs up a tree and climbed up after them. I can still hear her popping her teeth…still see her muzzle all covered with deer hair. She was not a happy mama bear. I snapped this photo of her up in the tree and got out of Dodge in a hurry. 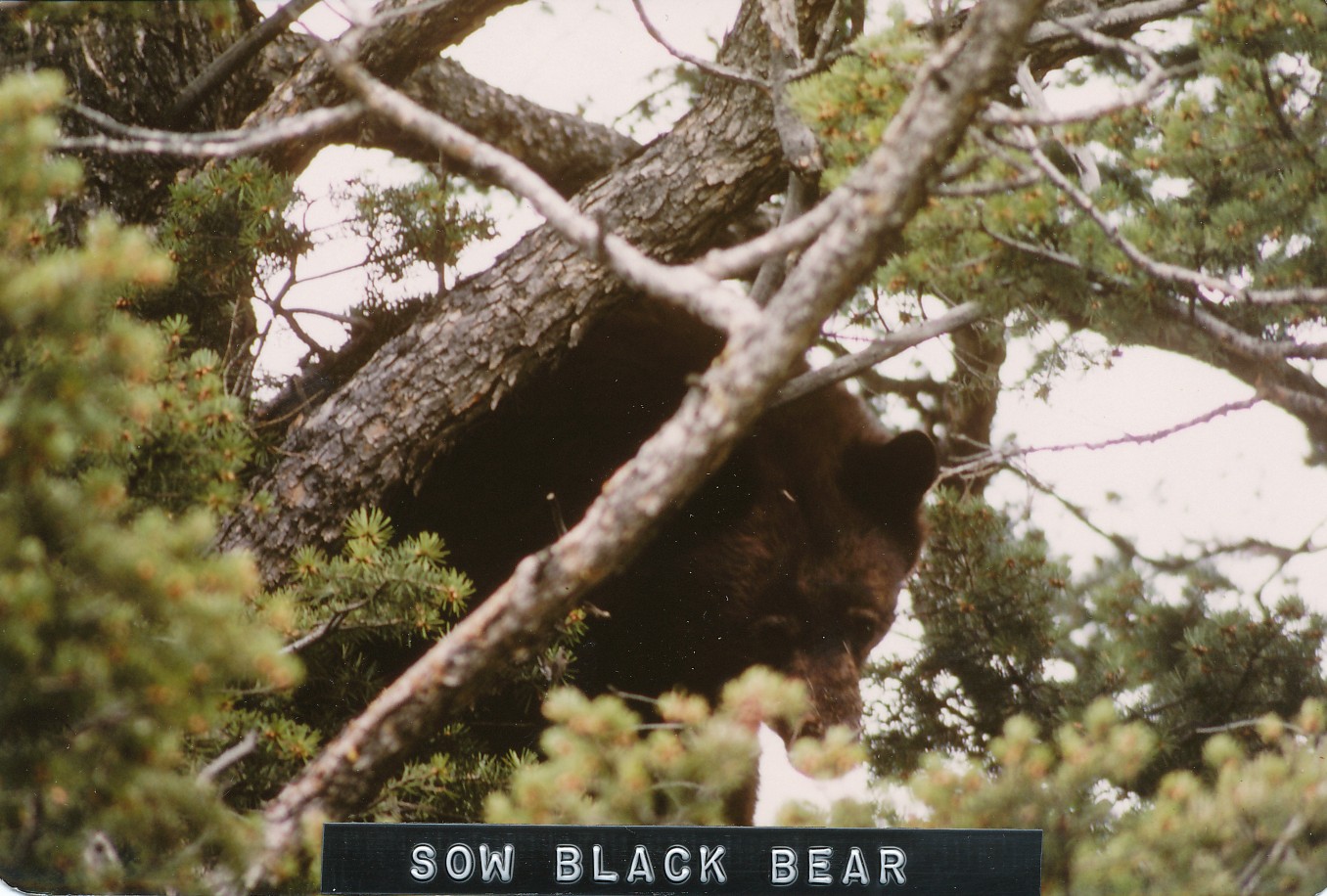 At one point I changed territory and began bow-hunting the area at the head of Cabin Creek/TePee Basin. It is beautiful elk country…unfortunately I was told this was the area they took all the drugged and sedated “problem” bears from Yellowtone Park and “transplanted” (dumped) them. I started not sleeping well in the tent seeing visions of drug-crazed grizzly bears foaming at the mouth running me down and tearing me apart piece by piece. The numerous fresh piles of smokin’ hot bear dung along the trail didn’t help much either.

In all those days and nights spent in the hills…and there were a lot of them…I never had a face-to-face with a griz. I never carried bear spray or a sidearm. I was both stupid and lucky. Nowadays the grizzly bears are increasing in numbers from when I used to hunt the hills. There are an estimated 900 grizzly bears in Montana and 600 in Yellowstone Park, quite an increase from the Craighead days. The big bears are much more prevelant today in the Madison and Gravelly Ranges. Griz/hunter/human conflicts are becoming more numerous. Like the saying goes, when you are hunting or hiking in grizzly bear country, make sure you have a can of bear spray and six bullets in your gun. When the can is empty and the bear keeps coming, shoot five bullets at the bear and save the last bullet for yourself!