I remember it like it was yesterday…well, not everything. But most of it. That November, 1963 I was walking from a class in Franklin Hall…or was it McGilvrey?…headed to the Hub for a snack. Life was pretty good. After scuffling around after high school I ended up a Freshman at Kent State University…paying my own way through…playing drums in a rock n roll band…making grades…being somebody. The number one record was “Sugar Shack” by Jimmy Gilmer and the Fireballs…the Beatles hadn’t landed yet but they were hovering.

Walking across campus that gray day something was different…students looked different…concern, confusion…the vibes were not good. I heard some kids talking…”he got shot…Kennedy got shot”. I asked around… “what happened?…

By the time I got to the Hub we all knew…President Kennedy had been shot in Dallas.

I went back to the dorm and hit the tv room. It was already full of young men from Ohio, Wisconsin, Michigan, Pennsylvania, New York…all staring at the single black & white set in the corner of the room. My roomate was there…John James from Appleton, Wis. So was our next door neighbor, Norman Firsenbaum from Brooklyn, NY. Walter Cronkite was on tv…the rest is history.

When you look at the photos of Lee Harvey Oswald you try to peer deep into that face and find answers…but the face is blank…maybe a hint of hatred or meanness…but mostly empty. 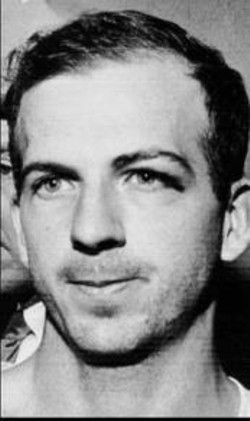 Two days later, Oswald got his…from Jack Ruby…with his Colt Cobra snub-nose .38 Special revolver…caught on tape…the first Reality TV Show in history. But this one was real…no script, no set-up, no fooling around. To see a perp in handcuffs take a bullet to the gut on worldwide tv was a jolt, shocking, unbelievable. 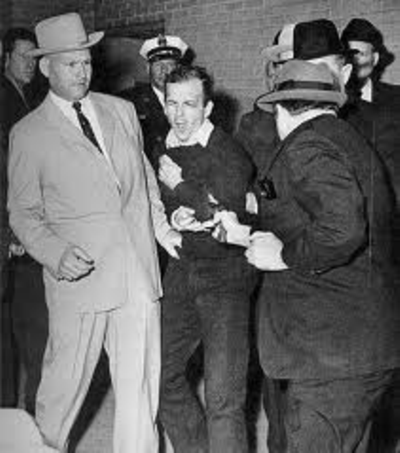 Today, fifty years later…it seems like just another cop show, another CSI episode, another version of Criminal Minds. But this was no Dirty Harry movie…it was happening in real time,  with real people and real tragedy. And I was right there to watch.