Growing up in Cleveland, Ohio in the 1960s you could have been a preppie, a greaser, a jock, collegiate, dago, hillbilly, Jew,  Polak, Slovak, black, white, etc, etc, etc…but everybody had one thing in common…music. In Cleveland in the 60s, the place to be for live music…the showroom…the ultimate spot for the stars…was Leo’s Casino at 75th & Euclid Ave. Run by a flashy Jewish guy who wore shiny mohair suites and lots of gold jewelry named Leo Frank and his buddy Jules Berger, Leo’s Casino was red hot…featuring all the top acts…a new headliner every week. 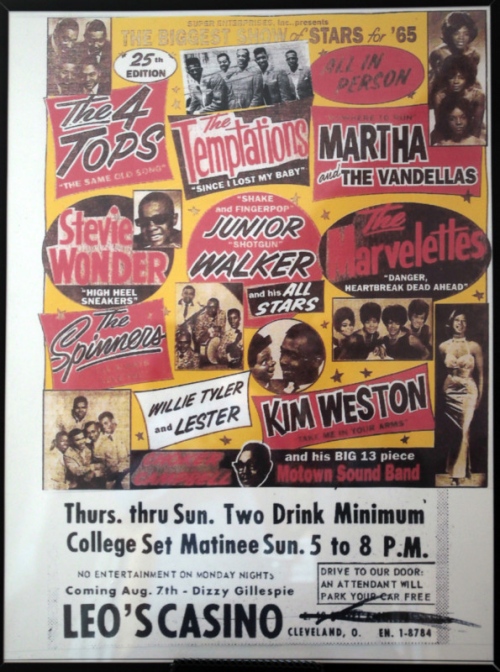 The success story of Leo’s is almost inseparable from the success story of a booming radio station that blasted the hits all day and (especially) all night into Cleveland…the 50,000 watt monster that ate up the Midwest was CKLW, Detroit, Michigan, “The Big 8″…800 on your AM radio dial. 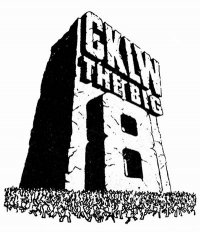 Except CKLW wasn’t in Detroit, it was five miles over (The Ambassador Bridge) or under (Windsor Tunnel) the Detroit River in Windsor, Ontario, Canada. Located over the border in Canada, The Big 8 didn’t worry about power restrictions or toning it down…they just let ‘er rip…and most of the heavy ripping was coming from “Hitsville USA”, the studios of Motown Records.

All day and all night CKLW pounded Cleveland with an endless string of Motown hits…The Miracles, The Temptations, The Four Tops…the great “Funk Bros.” studio tracks on all the big Motown 45s, featuring  relentless bass lines from James Jamerson, pulse pounding drum licks from Benny Benjamin and rockin’ piano from Earl Van Dyke…hit after smash hit blowing the mono speakers out of your car radio.

Leo Frank heard all this, of course, and he wasted no time booking in all the hottest Motown acts into Leo’s Casino. 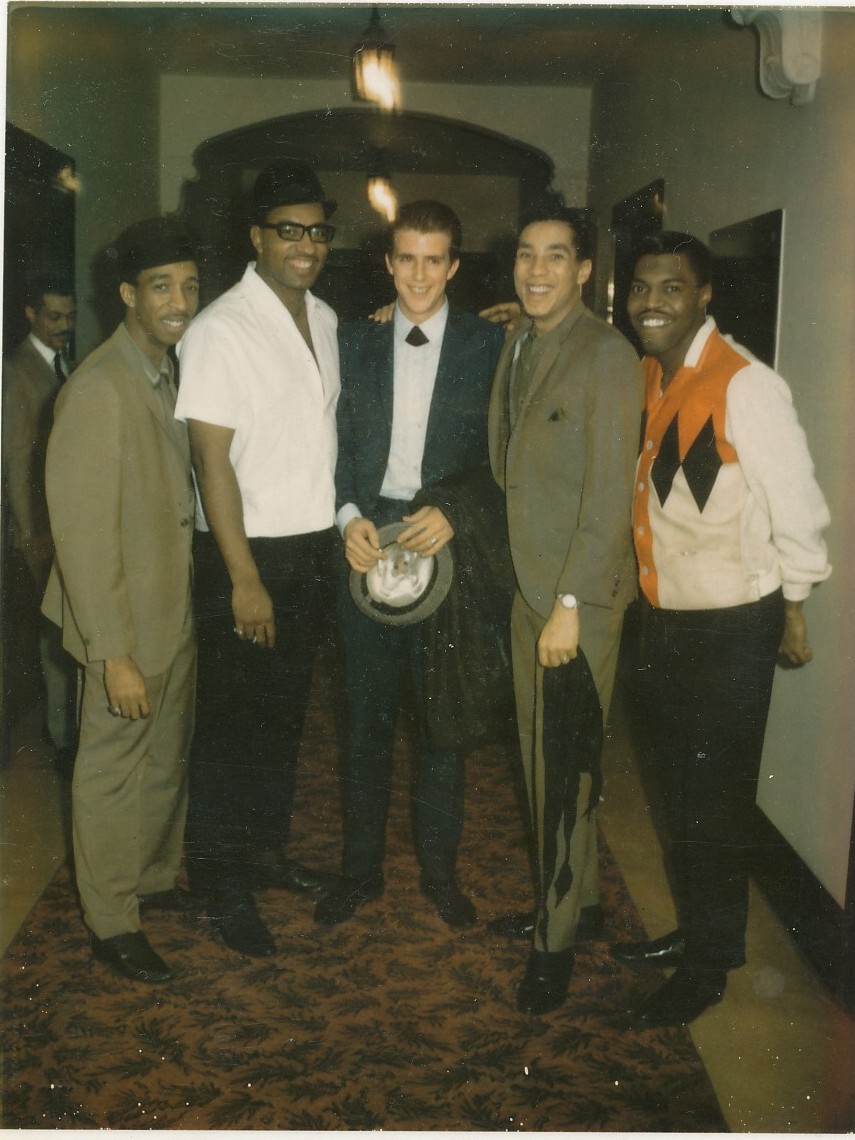 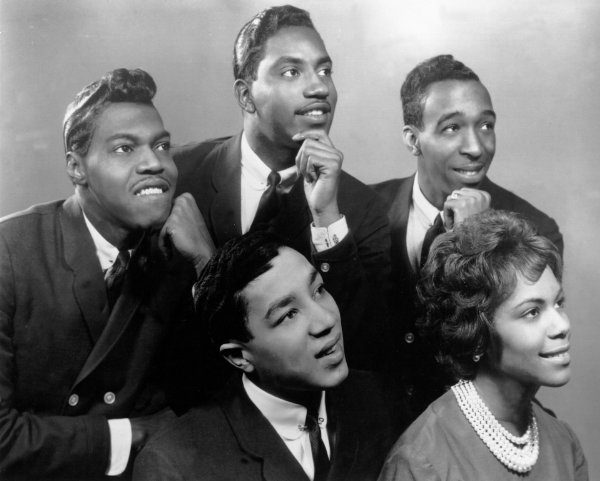 “YOU BETTER SHOP AROUND”! …and Smokey Robinson  with his Miracles did another 360 twirl in unison, fancy steppin’, smooth movin’…they glided across the tiny stage at Leo’s. You sat so close you could see them sweat. “OOH, BABY BABY”…you could hear a pin drop until one of the chicks in the back of the room couldn’t take it anymore and screamed “Smokeeeey!” He threw his dew-rag into the crowd and a full scale riot broke out! 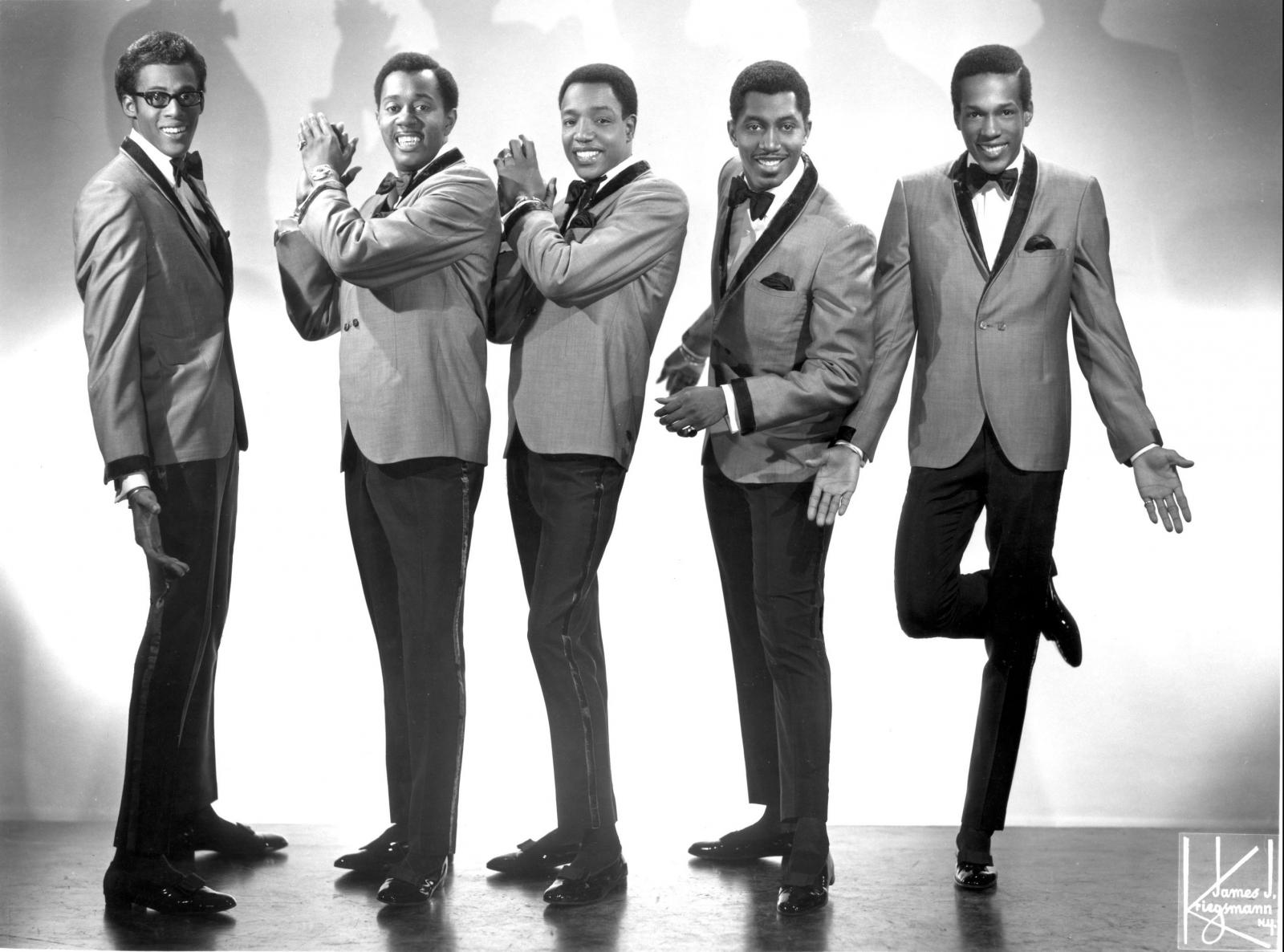 “I KNOW YOU WANT TO LEAVE ME”…David Ruffin was a bad ass in black horn-rim glasses…when the Temptations came on stage it was high voltage sexual excitement…a blur of sharkskin, patent leather, ruffle shirts and bow ties…”BUT I REFUSE TO LET YOU GO”…Eddie Kendricks was the pencil-thin male model with a high tenor that could shatter a champagne glass…the five Tempts moved as one…like some kind of soul-brother drill team…never out of step…every move a picture…”IF I HAVE TO BEG AND PLEAD FOR YOUR SYMPATHY”…more screaming from the back…women all lathered up wanting a piece of David right now! “I DON’T MIND CAUSE YOU MEAN THAT MUCH TO ME”. Nobody ever wanted the Temptations set to end. 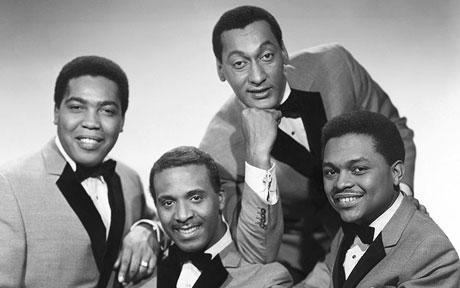 “SUGAR PIE HONEY BUNCH”…once you heard Levi Stubbs in person you never forgot him. The Four Tops were good, really good…Lawrence Payton and Obie Benson put on a show…Adul “Duke” Fakir looked like an Arab sheik….but Levi Stubbs was the centerpiece. “YOU KNOW THAT I LOVE YOU”. Blessed with a voice so powerful and soulful it made your jaw drop, Levi could take the crowd on a roller coaster ride…a soul express…we would listen in awe, then go back to the East Side with our little white-boy beer bar band, The Twilighters, and try to sound like Levi…we came up short.  “CAN’T HELP MYSELF, I LOVE YOU AND NOBODY ELSE”. Nobody could top the Four Tops. 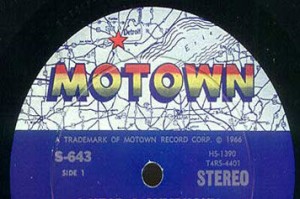 So all day and into the night CKLW jocks, led by Tom Shannon and Scott Regen and Dave Shafer and Charlie Van Dyke and Duke Windsor (Larry Morrow) would keep the Motown Sound alive. And Leo Frank would keep packing in the SRO crowds at Leo’s Casino. He even had a “Breakfast Show” on weekends that started around 1AM. I went to catch Ray Charles one night and somehow Ray packed himself and a FULL ORCHESTRA on to that little stage. When they cranked it up they blew the roof off the sucker! Leo’s was a little room, with tables and chairs crammed together so tight you had to be careful not to drink the wrong cocktail. Like a mini-Vegas showroom, greasing the maitre d’ was not only a good idea it was mandatory. 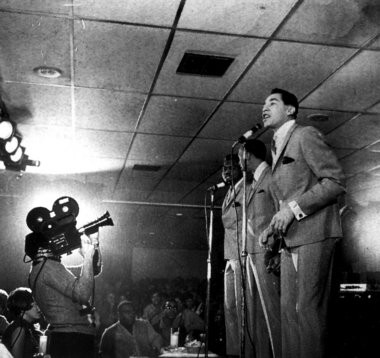 The Miracles on stage at Leo’s Casino

One time I went with my guitar player pal Glenn Schwartz to catch B.B. King at the Breakfast Show. Glenn says “let’s go see B.B., we are friends”.  I said “why not?” just to humor Glenn. I figured he was hallucinating again…until after the show when we went back to B. B.’s dressing room and spent a half hour in there…just me, Glenn and B. B. King. They talked like long lost brothers while I sat there hanging on every word.  I never forgot the ring B.B. was wearing…two giant diamond-encrusted letters “BB” …what a night. 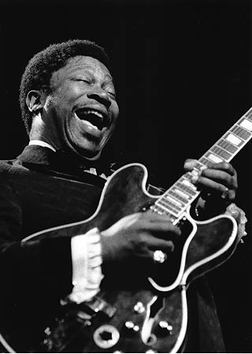 I think back how lucky I was…to be in the right place at the right time…to have Leo’s Casino where black folks and white folks sat right together having a good time…watching Smokey and Levi and the Temptations…the rest of the world really did not exist.

“Another soldier in my life has fallen,” Robinson said in a statement. “Bobby Rogers was my brother and a really good friend. He and I were born on the exact same day in the same hospital in Detroit. I am really going to miss him. I loved him very much.”