I hate to say hate but…ok, intensly dislike…these five bird species that are harmful to not only the Montana environment but most anywhere they invade. 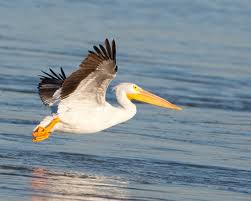 #5. White Pelican    I know…they are beautiful, graceful flyers and fun to watch, but these birds are a menace to the Montana trout population. They form a circle and herd the trout, then move in for the kill. I have seen a pelican swallow a 20 inch trout whole in one quick gulp…and their numbers are increasing. Trout are pretty much helpless to a horde of White Pelicans. Too bad they can’t be trained to eat suckers, gar, carp, lizards, snakes or other vermin but alas it’s trout (and whitefish) they covet.

#4. English Sparrow   Dirty, aggressive, annoying,  and detrimental to our native birds…sometimes called House Sparrow. Introduced to New York in 1850…spread to California by 1910. Now they are nationwide and more annoying than ever.

#3. Brewer’s Blackbird. They are loud and they are bullies…they are proific breeders…travel in large flocks and run-off other birds. Notorious nest robbers.

#2. European Starling. Introduced from Europe, they are now found in virtuallly all human-modified habitats, meaning roofs, eaves, buildings, parking lots, street lights…often feeding and roosting in large flocks. They nest in any cavity, often in made-made structures and they run off bluebirds which upsets me greatly!

#1. Eurasian Collared Dove/Ringed Turtle Dove.   Coo, coo, coocookachoo…these invasives are spreading like wildfire all over Montana and the U.S., even the Florida Keys where they have invaded in numbers along with the common Myna Bird.  Introduced from Europe and rapdly colonizing North America, they are a menace…taking over and moving out our native birds. Daisy BB Guns are the only answer…are you with me kids?

At least three of the above are invaders from Europe or elsewhere. I look at them exactly the same as noxious weeds such as spotted knapweed and leafy spurge which have invaded and taken over many areas of Montana and eliminated our native grasses. The State of Montana spends a fortune fighting noxious weeds. Treating invading birds such as the English Sparrow, European Starling and Eurasian Collared Dove in the same way would make good sense to me.