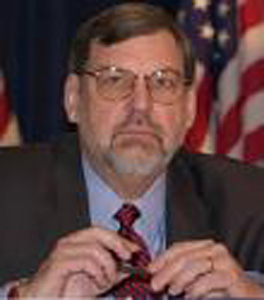 In 1992, Lessner got in trouble for writing an article in the Arizona Republic newspaper ripping the victims of Hurricane Andrew in So. Florida, one of the worst natural disasters in the history of the U.S., calling them “snivelers”, whiners and ingrates. Hurricane Andrew left 65 people dead and caused over $26.5 billion in damage. After being deluged with negative feedback and outrage from all over the U.S., Lessner was forced to resign. He earned the nickname “Hurricane Lessner” over this fiasco. One of Lessner’s famous quotes from this article was:

“Americans are suckers and will contribute cash money to almost any outfit so long as it’s called “(fill in the blank)” center for the public interest”. (Arizona Republic, Sept. 6, 1992). Sounds like Mr. Lessner didn’t think much of common folk.

After losing his job in Arizona, Lessner went to work for the Manchester Union Leader newspaper in New Hampshire. He didn’t last long. He was fired for writing an article bashing French Canadians. Oh well, there’s always Washington DC.

Lessner rolled into Washington and landed a gig with the American Conservative Union. The ACU was founded by William F. Buckley in 1964 after Barry Goldwater lost the US Presidential election to Lyndon Johnson by 61% of the vote. Notable members of the ACU include Tom Delay (convicted felon), Jesse Helms, Richard Viguerie, Bob Barr and Brent Bozell. The ACU got into hot water in fiscal year 2009 when Exec. Dir. David Keene’s ex-wife, Diana Hubbard Carr, was their comptroller. She got her hand caught in the cookie jar to the tune of $300,000. She was fired and pled guilty to embezzlement. Lessner was Executive Director of the American Conservative Union in 2004, a year after he “founded” The Madison River Foundation. Guess it was time to get out of Dodge.

So “Old Hurricane” landed a job with Captial City Partners (a Washington “consulting” firm) and wrote a nasty article for the Weekly Standard bashing soccer. Soccer? C’mon Richard, ease off on the hatred.

No one who lives in Ennis, Montana as I have for 34 years, wants anything but the best for the Madison River, this great valley and the good folks who live here and work here. Richard Lessner was forced to “retire” because he just did not get it. He thought he could get in bed with Pennsylvania Power and Light, take their money…and cover up for them. PP&L is a money donor to MRF…don’t call them out…don’t piss them off…cover up for them . You know how Washington works…scratch my back, etc.

Hey Richard, this ain’t Washington DC…people here are honest…we deal in facts, reality, truth. Your cause is good…but your DNA is dangerous. The Madison River has a soul…it runs deep and true…it can’t be bought.

Lessner put on a show…hang with all the money people…pimp the Sun West Subdivision where they dug up Native American campsites to build their summer mansions and then ran folks off for eating lunch at Horse Creek.

The Sun West Subdivision…who fucked up the Shelton Bridge so bad making the road nice and smooth for the “Foundation Benefactors” that they broke loose all the cliff swallow nests into the river and destroyed them. Who cares?…the swallows will be back next year…worthless birds, anyway. And don’t forget to post those attractive “Land For Sale” signs on the Shelton Bridge. And make sure the road is nice and level, to make it easier for Craig and Jackie Matthews to get home from a hard day of taking credit for just about everything (they are Sun West residents…happy for them).

The Sun West Subdivision…site of the infamous Ed Parish “Secret Meeting” that took place unbeknownst to the public in a subversive effort to pressure FWP to “get rid of the boats on the river”.

And let’s not forget to pimp the Laszlos…those benevolent “Foundation Benefactors”…the Granger family…those caring and sharing  environmentalists who would love to have you come visit, fish and duck hunt the Upper O’Dell Ck…as long as you write a big enough check. The same Granger/Laszlo family who dammed up and blocked off the O’Dell Creek outlet to the Madison River, upstream and east of Burnt Tree to keep the nasty old public out. Here’s a quote from one of the Foundation volunteers:

“I volunteered in 2011 and 2012 at the Granger Ranch project. I am sure that the ranch benefited more from our efforts than the river. Richard Lessner has never given me a real handshake or looked me in the eye.”

Mr. Lessner, were you aware the Granger/Laszlos artificially  altered the course of O’Dell Creek outlet…a tributary to the Madison River… when you put your arm around them and gave them a big kiss? I’m sure you had no idea but heck, nobody’s perfect, take their money anyway.

Hey Granger/Laszlos…you want to do something to help the Madison River and O’Dell Creek? Then restore the stream bed to its original, natural state….the way it was before you hacked it up and dammed it. 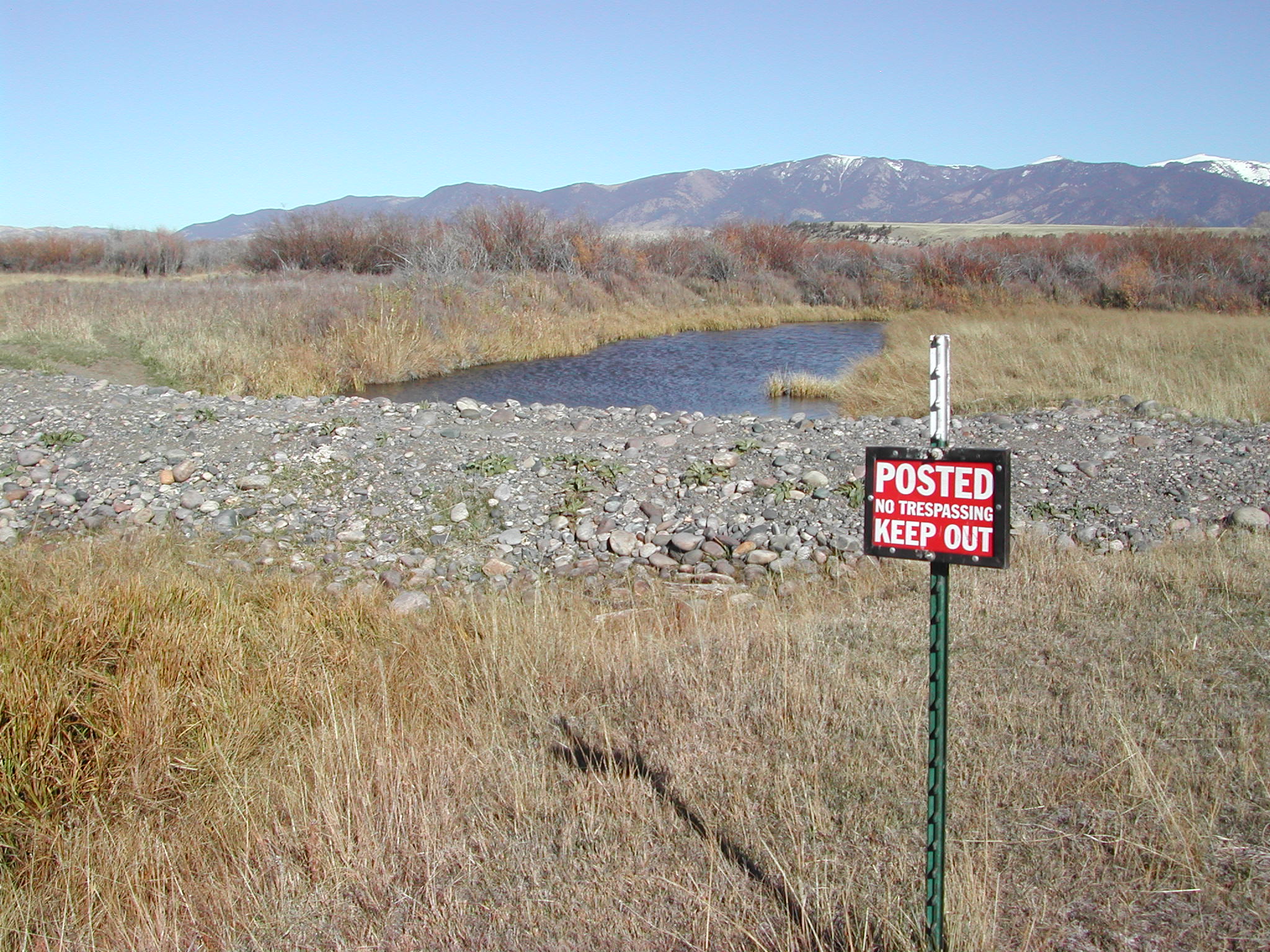 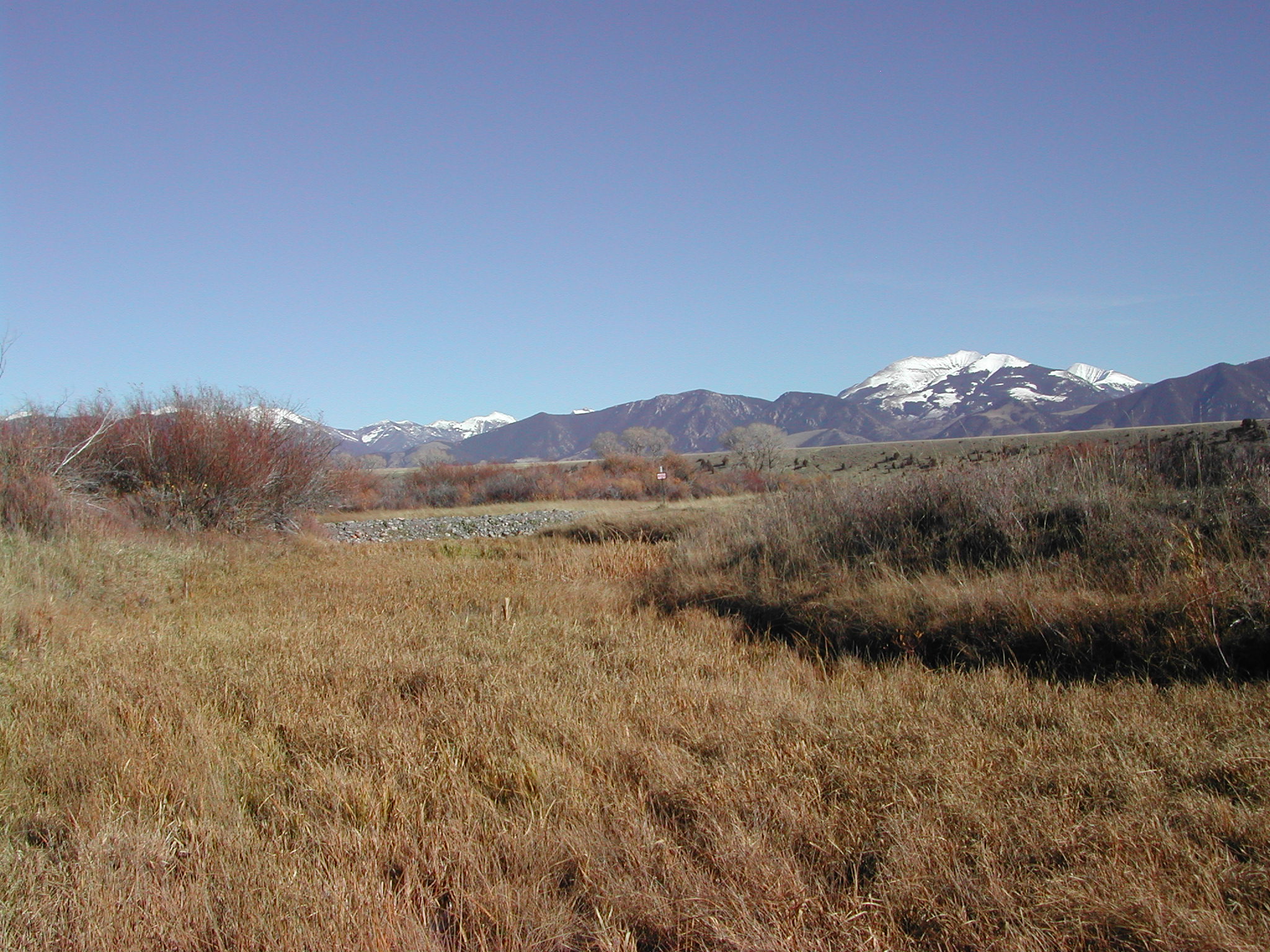 You can see the old stream bed from O’Dell Ck. that used to flow freely into the Madison River from the east side above Burnt Tree before the Granger Ranch blocked it off and altered its course to prevent the public from legal access to O’Dell Ck. and state land

Get all the big money people in a room, have a big Gala, feed ’em a rubber chicken and a shrimp cocktail, pour some merlot, take their money and spread the news. Have a big Festival and get up there and strut your stuff…give away a boat…be somebody!

So here we are today. The Madison River Foundation is a cause to believe in…a cause to support..an excellent cause. The question is how? What to do with the money? Who will lead?

I have friends on the Board…Sherri Shows, Nancy DiMeola, Storrs Bishop…these are the best of the best people you will ever meet. I have fished with Bruce Richards and he is at the top of the list in integrity and knowledge. Jim Goetz is one of the leading conservation and legal minds in the state of Montana and in the USA. I was here in 1984 to witness the courtroom work he did on the Beaverhead and Dearborn stream access cases…these were historical legal judgements…and he was kind enough to send me the legal briefs on the Beaverhead case which I sent along to some of my concerned fishing clients. Jim Goetz is top notch. I knew Jim’s dad, Herb Goetz who was a legend here in Ennis and a one-of-a-kind character!

The Madison River Foundation will continue…the cause is just…they should reach around $300,000 in the bank by this year with a half-million in sight. Hurricane Lessner should be thanked for his efforts and sent on his way…this is not Washington DC or Arizona or New Hampshire…it is Montana. Things are different here. God Speed.