THE SALMON FLY HATCH…MYTHS AND LEGENDS 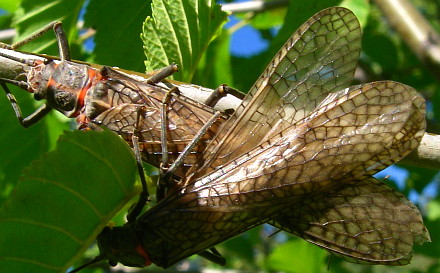 One July day in 1976, I did a float from the Shewmaker Ditch put-in, down to the Burnt Tree take-out during the peak of the salmon fly hatch on the Madison River. As we got down through the Cottonwoods and approached The Rail Fence Hole the wind picked up and there was a disturbance. Smacking sounds followed by mini sprays of river water shot up in the air. Large fluttering insects struggled to stay airborne…didn’t make it…flopped on the water…flapped their wings like drowning hummingbirds…and were inhaled with fury from frantically feeding fish. 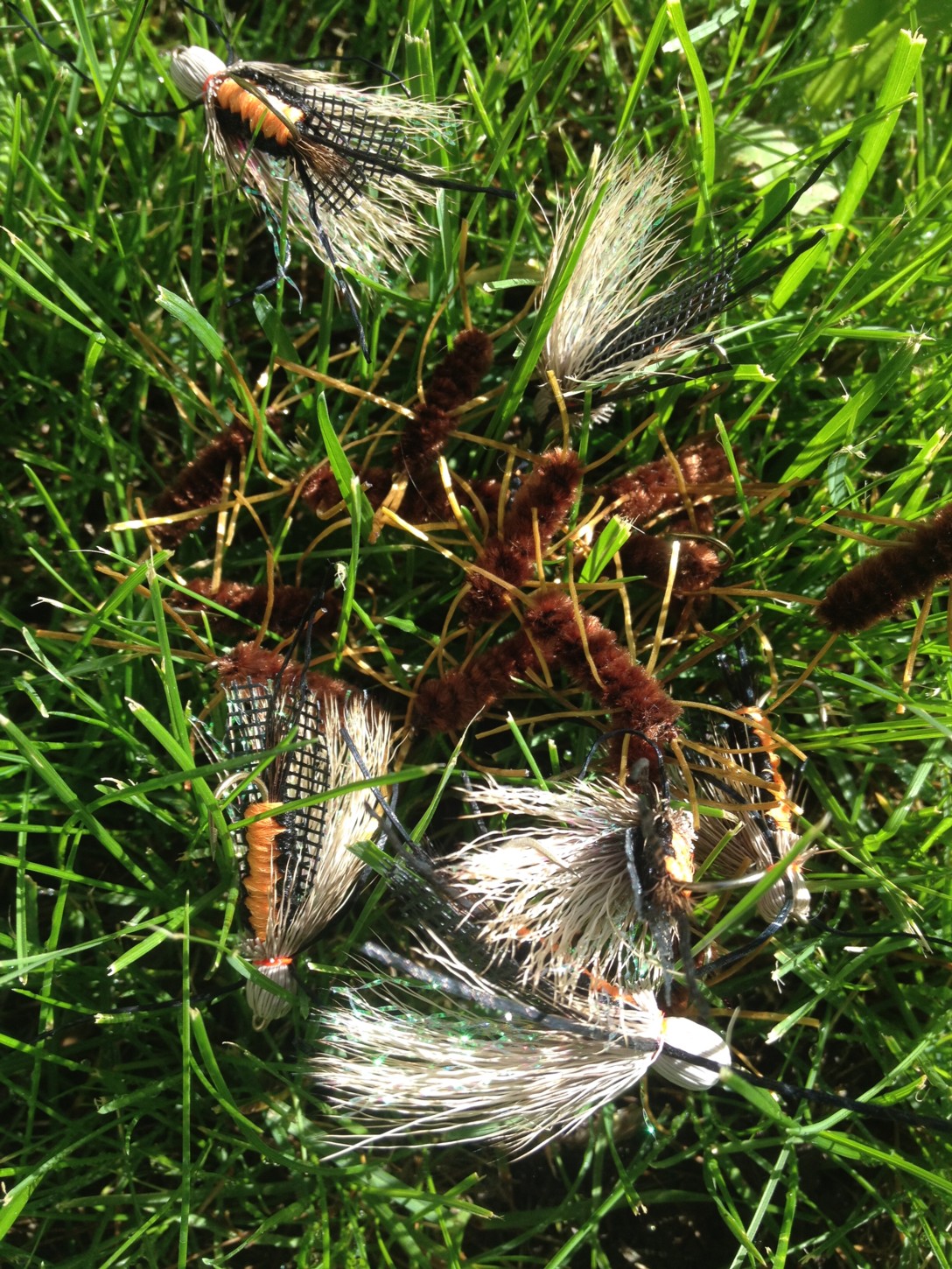 We beached the boat on a shallow bar and waded up and over toward the East bank. From the top of the riffle down through the glide and out over the smoother tail-out water we could survey the scene. At the upper end the rises were smaller splashes coming up every few seconds…smaller trout and whitefish easily identified by their rise-forms. In the middle of the run the rises were heavier, a little less frequent but solid…medium size trout on the feed. Toward the tailout and a little closer to the bank were the heavyweights…no little stuff…no messing around…deep, forceful swirls followed by loud “splunks” sending up spray. The fish were lined up and down the entire forty yard stretch of river and never stopped rising. The hatch was on. 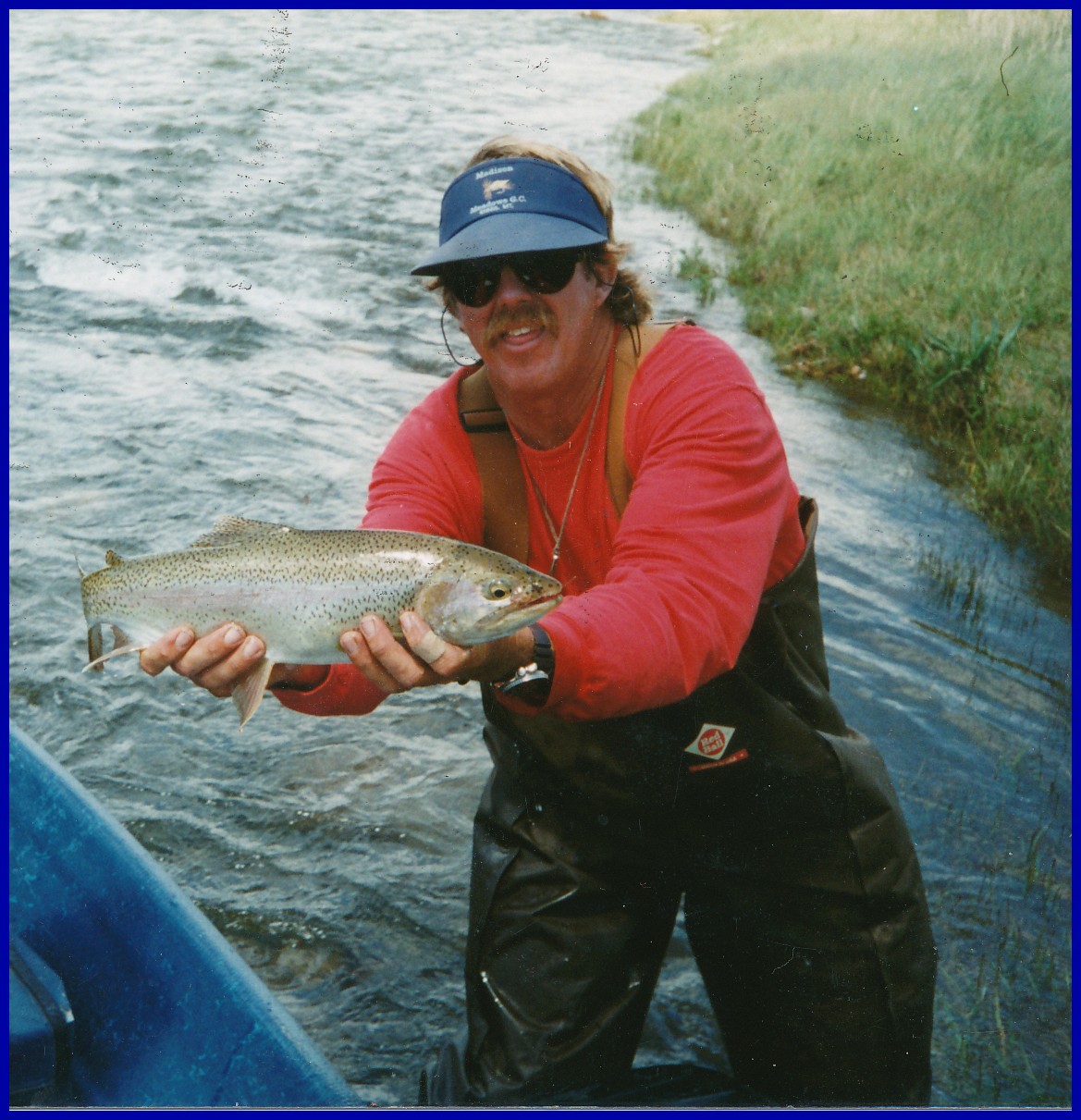 We stayed in that run from 10AM to noon catching trout on dry salmon fly “sofa pillow” imitations…fighting fish, resting the pool, then catching some more. The water was blanketed with salmon fly naturals, smaller golden stones, caddis of all sizes. They just kept coming. We finally gave up the hole when Glenn Law came floating by with clients. We gave him the spot. The fish were still throwing up spray when we left. It was an amazing morning. 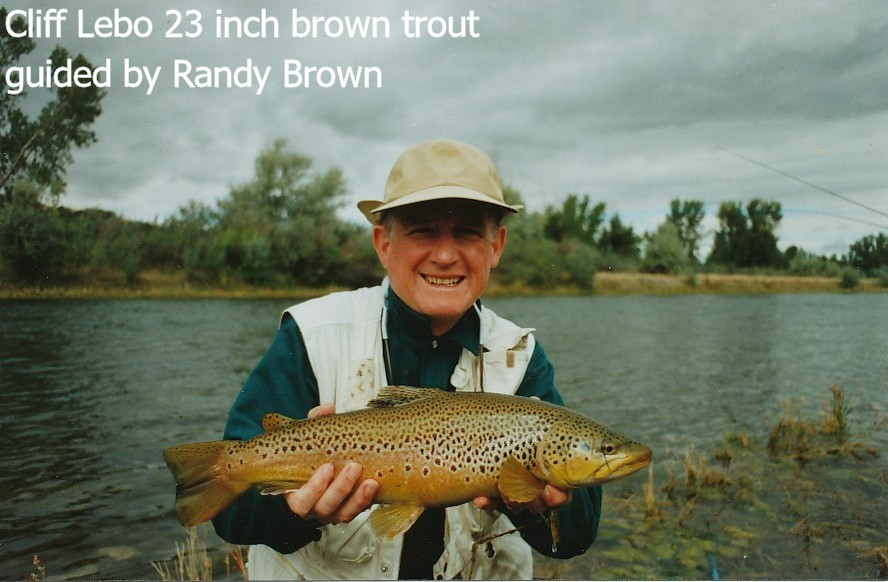 Those days of free rising fish are mostly gone but the salmon fly hatch still offers the fly angler a chance to catch a large trout on a large dry fly (or wet fly). Some things I’ve learned:

2. Fact: The salmon (stone) fly nymph mostly crawls out of the river at night. To prove it, one night during the hatch I drove up to the Varney boat ramp around midnight. The concrete slabs and  surrounding rocks were covered with crawling nymphs headed for the bushes. The nightime emergence thing is fact.

C. they have been spooked into a foul mood. 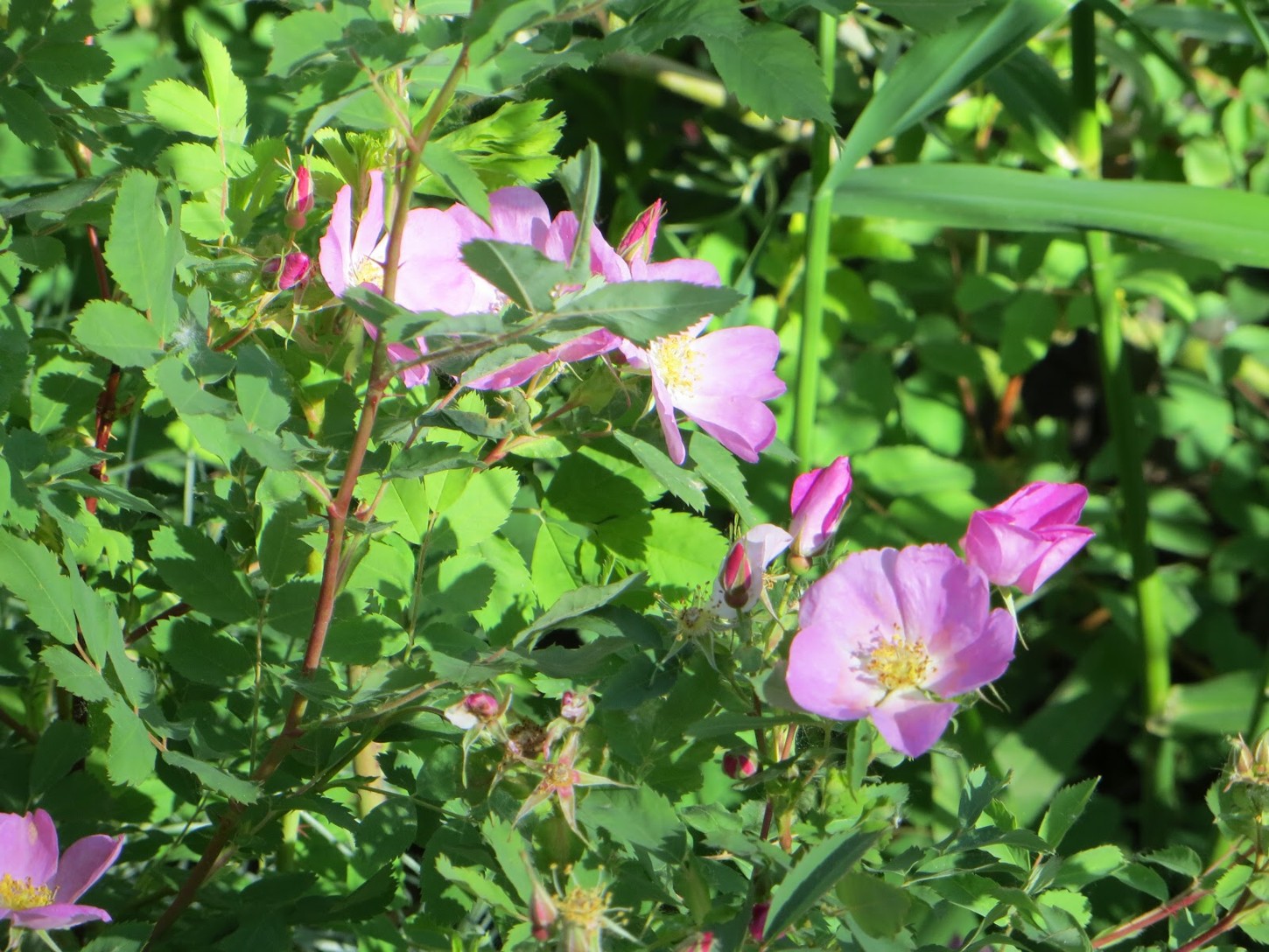 4. We used to walk upstream from a known trout holding area and shake the bushes holding salmon flies and “chum” the hole. The naturals would fall on to the water and set the trout to feeding. This used to work real good but not so much anymore. The trout get so spooked from a zillion people hammering on them they get lockjaw. They refuse the real thing! Find some undisturbed water and you will get a bite.

5. If you are wade fishing dry salmon fly imitations, pick a good bank and fish upstream. If you are right handed caster, pick a bank on your left so your casting hand is out away from the brush/willows, and use your left hand to hang on to the branches! 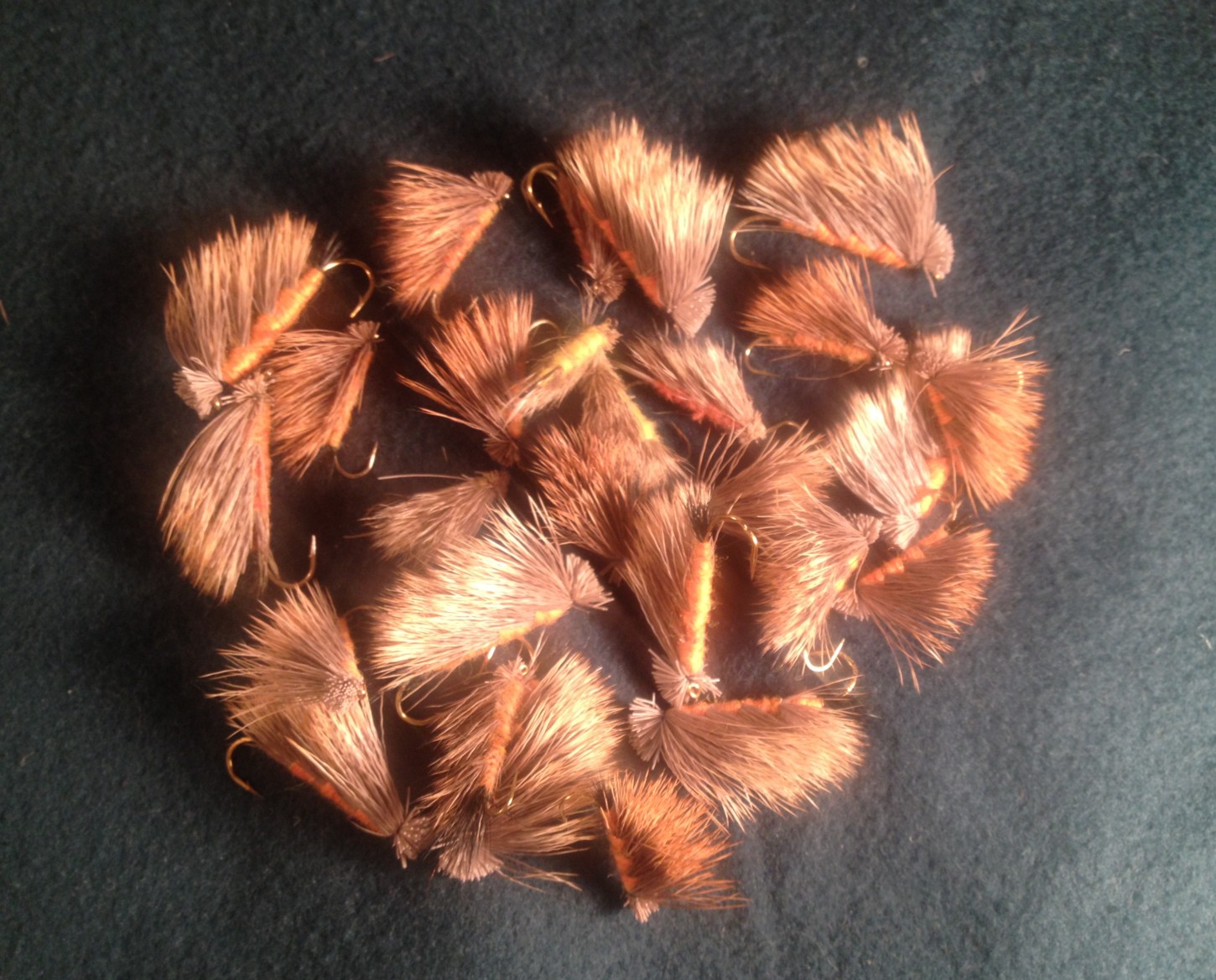 I have had success with this hard-to-get “Drowned Salmon Fly” pattern in size 4, 6.

6. Myth: the salmon fly hatch puts trout into a wild and crazy feeding frenzy during which they are easy to catch. So not true. They can be impossible at times during the hatch especially when they have been pounded on by a never ending armada of boats, rafts, canoes, kayaks and foot soldiers.

Like my buddy Steve says, “the problem with the world is it has too many humans in it”.

7. Fact: Salmon flies like willow banks. Some of the best banks are the scrub willows between McAtee and Varney. The flies get thick in there.

8. Fact: the hatch moves upstream. This is true but it’s not quite that simple. I believe the nymphal movement is a function of water temp…but the hatch is often sporadic, popping up “everywhere at once” depending on conditions. 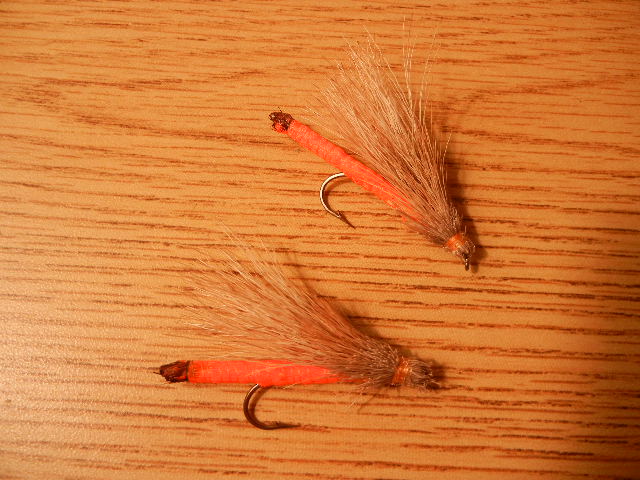 9. Fact: cold, rainy conditions impede the hatch. This is basically true but if you can find a stretch where the fish are hungry on an overcast day you can have some fun. Use a lighter wing dry made with blonde elk hair for visibility. 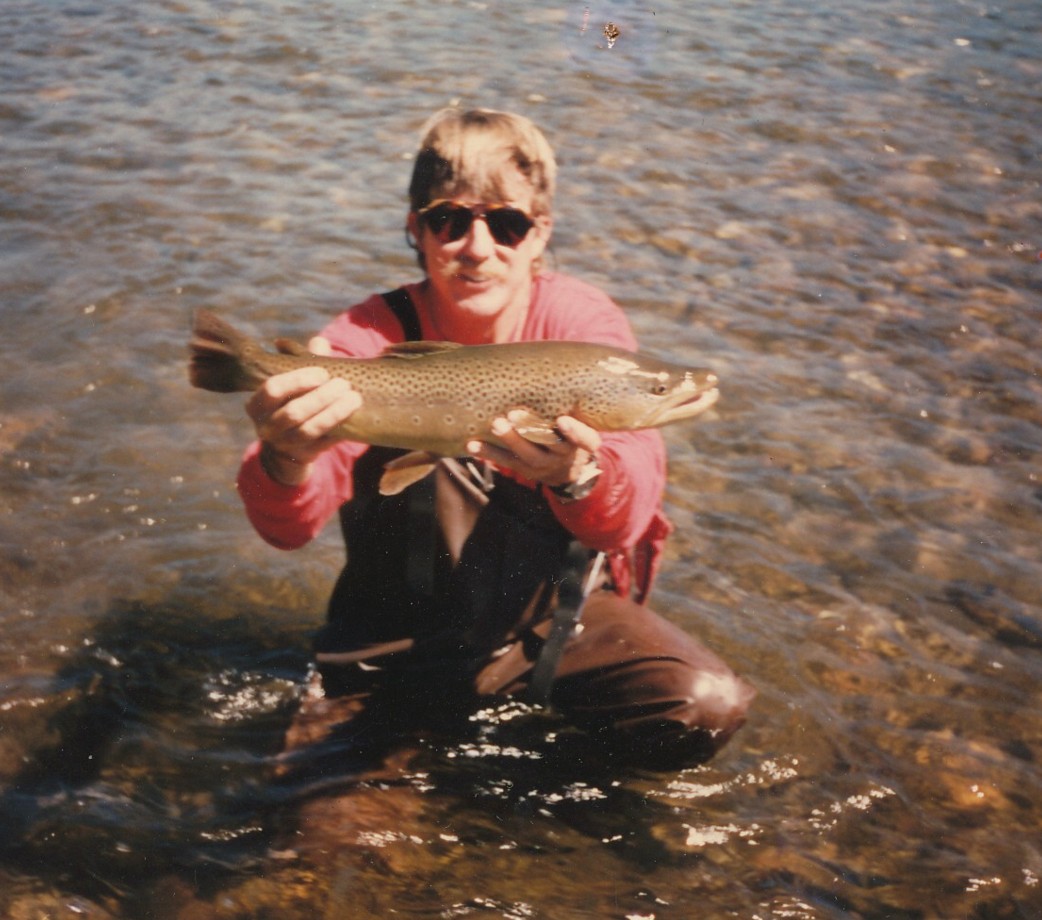 Most of the major freestone rivers in Montana have a salmon fly hatch including the Madison, Yellowstone, Big Hole, Gallatin, Rock Creek and others.

It’s not a sure thing by any stretch but it sure is fun when it all comes together!