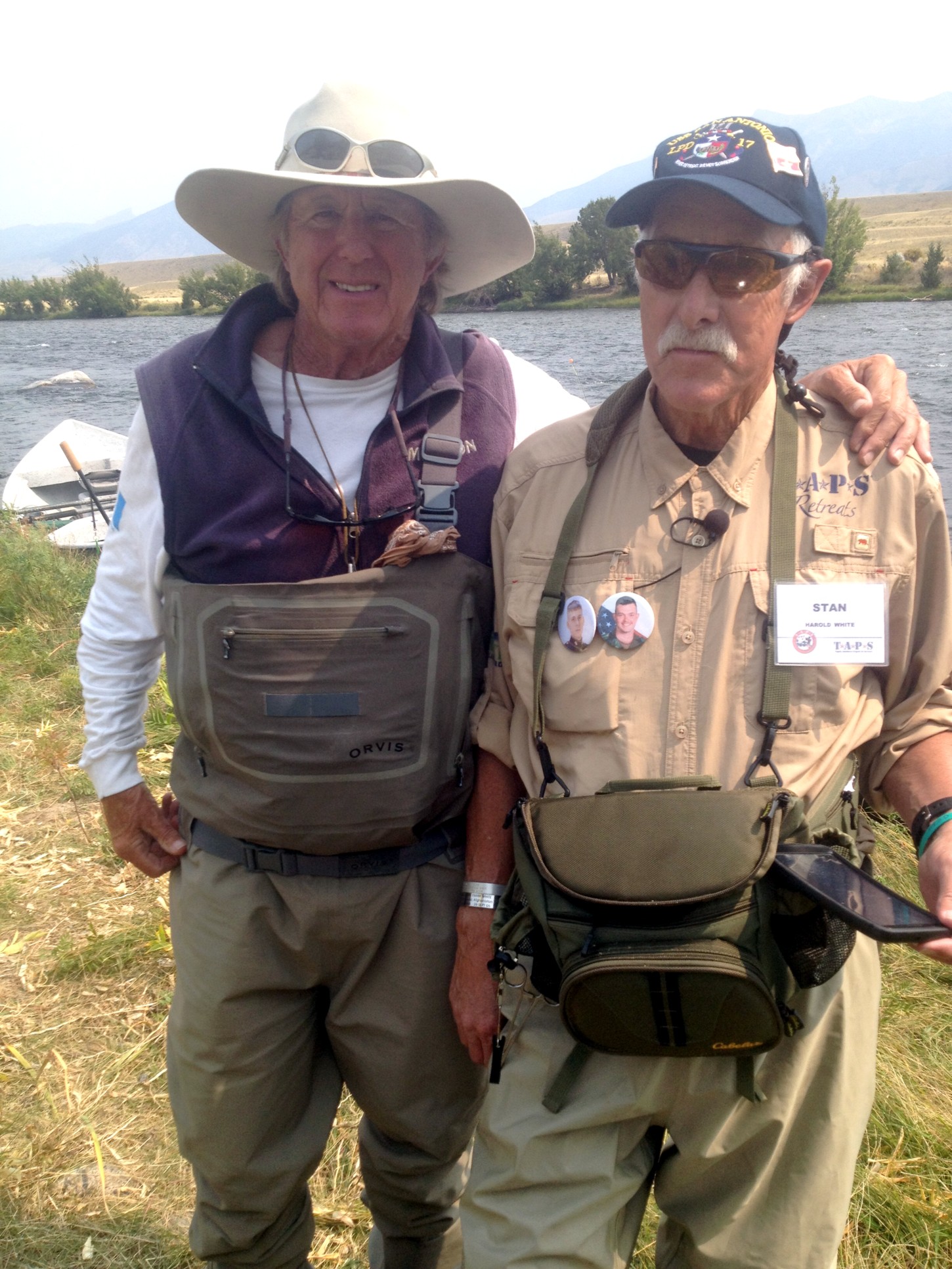 Stan’s first son, Robert, served in the US Army, 82nd Airborne in Afghanistan. 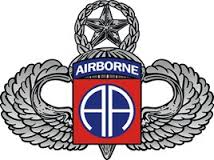 On patrol in an Army humvee, Robert took a direct hit from an enemy rocket through his midsection.

The blast killed him instantly.

Stan’s second son Andrew was in the US Marines serving in Iraq. He got shot at… a lot.

He came back messed up from the war suffering from Post Traumatic Stress Disorder (PTSD…they used to call it “shell-shock”).

Andrew spent his last days in a VA hospital.

He died juiced up and overmedicated…another Marine who gave his life for his country. 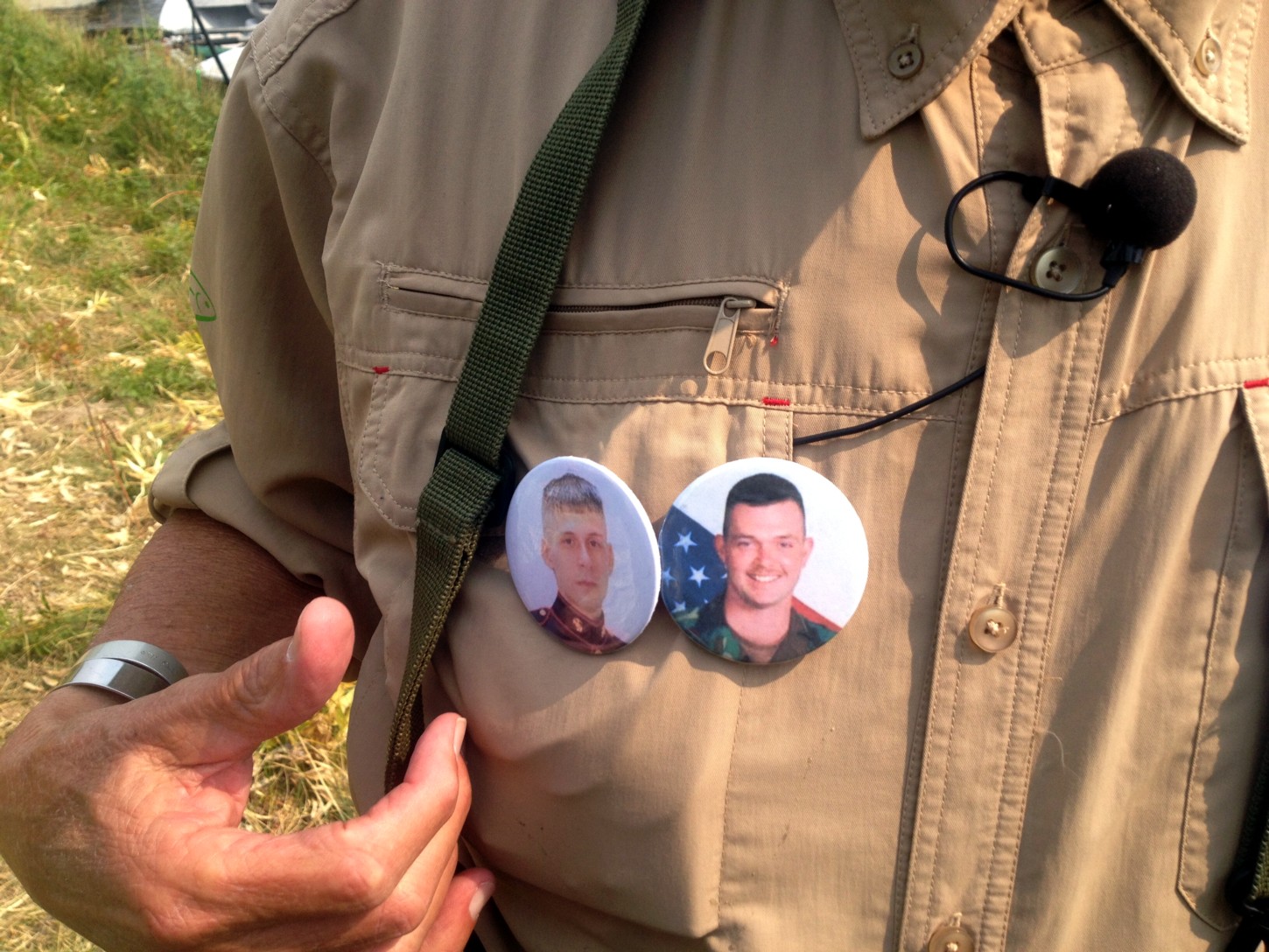 It was my honor to spend a day on the river fishing with Stan White. I learned more about bravery from him than he will ever know. 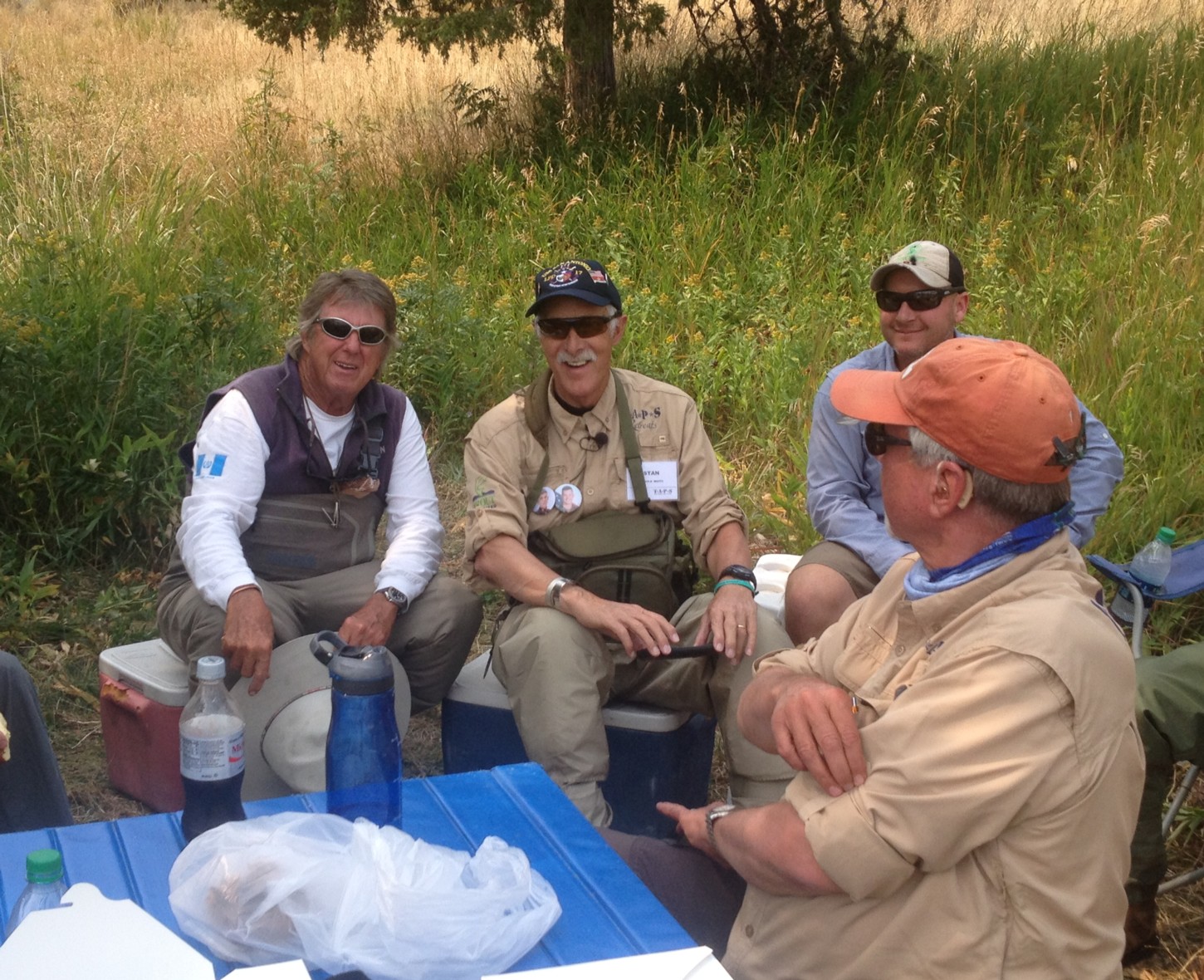 I participated in TAPS (Tragedy Assistance Program for Survivors) sponsored by Trout Unlimited.

Forty men, mostly dads who have lost sons or daughters in post 9/11 wars in Iraq and Afghanistan, attended a retreat at Parade Rest Guest Ranch in West Yellowstone, Montana.

This program was put together by Dave Kumlien, Western Coordinator for TUVSP.

It is grief counseling, comraderie and two days of fishing! 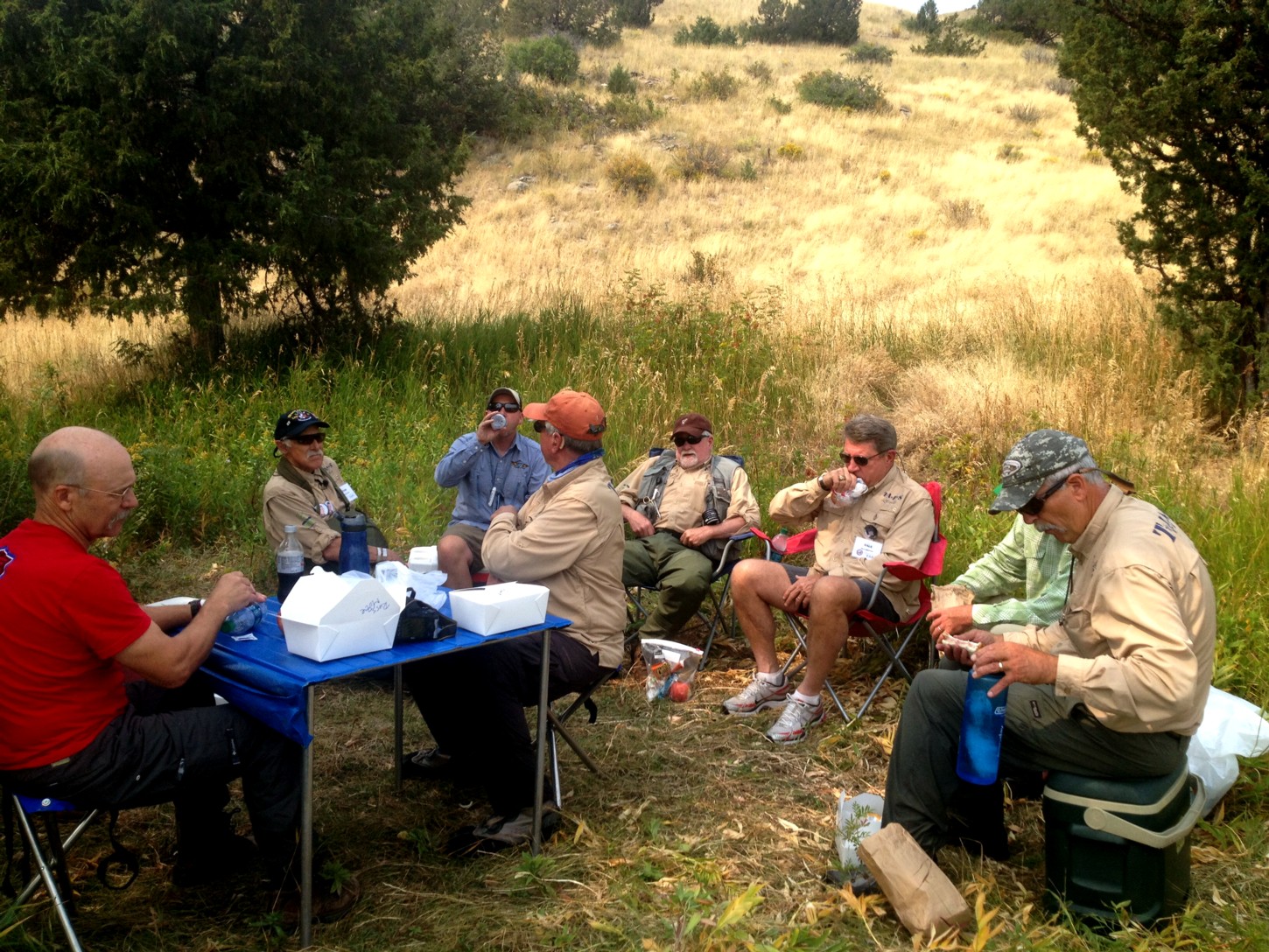 It was my honor to participate.

Many thanks to Trout Unlimited, Dave Kumlien of Montana Troutfitters Bozeman, Parade Rest Guest Ranch, Meadowlark Shuttles in Ennis and all the fishing guides who volunteered.

God Bless you Robert, Andrew and all our Vets!

For more info about this great program and how you can help…click here.