from The New Yorker

On Saturday night, my oldest friend, Jim Harrison, sat at his desk writing. He wrote in longhand. The words trailed off into scribbles and he fell from his chair dead. His strength of personality was such that his death will cut many adrift. He was seventy-eight years old and had lived and worked hard for every one of those years. He published a book a month ago. His health had failed, he lost his wife of fifty-five years, and his shingles were a torment. Recent back surgery had made his beloved walks impossible and yet he was undefeated. He was active and creative to the end, but it was time to go: no one was less suited to assisted living. For his family, vastly numerous friends, and admirers, the death of Jim Harrison leaves an extraordinary vacancy.

From the moment we met, we talked about writing, and in some ways co-evolved over time, through letters and talk, until our views hardened and separated to such a degree that it was better not to do it in person. But we went on as before, in weekly letters, and continued to do so until a week ago; and left all that was not literary—nature, food, sport, love—to times we actually saw each other. To select a book or poem from the ether for chat was best handled in print, though we could revisit favorites for euphoric consanguinity. At times, we resorted to censorious silence. We worked out differences in letters and tried to make each other better. I could always expect Jim to write something marvelous and seemingly out of the blue. Few American writers of recent times have had his erudition and phenomenal memory. To the end, Jim was a country boy who’d been touched.

Read Jim Harrison’s contributions to The New Yorker: two works of fiction, “The Woman Lit by Fireflies” (1990) and “Father Daughter” (2004), and “A Really Big Lunch,” about a thirty-seven-course meal that Harrison enjoyed in 2003. 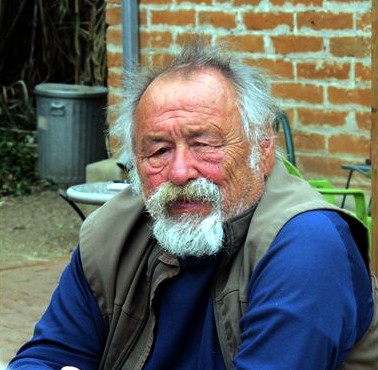