“Elvis is king, but Bo Diddley is his daddy”..Tom Petty 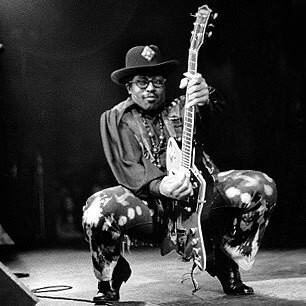 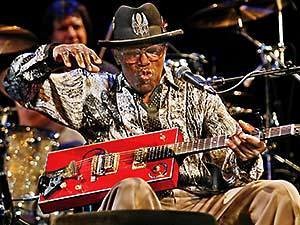 Early in his evocative, essential memoir
“Just Dead I’m Not Gone,” an eighteen year-old Jim Dickinson , on the cusp of a unique and varied
career in music, already mature in band experience (The Regents, others),
recreational drug use (beer to grain alcohol to speed to acid), and getting there
with girls, gets the chance to open for Bo Diddley at a fraternity-sponsored fall
dance at the National Guard Armory in Memphis, in 1959. The night was charged, for
rumor had it that Diddley had “caused” a riot the night before in Nashville, when a
white girl jumped onstage to dance. Adding to the tension—to the thrills—was
Diddley’s and his band’s very late arrival at the Armory. Dickinson’s band is
vamping and elongating their thin stage set to compensate. “It got later and later,”
Dickinson writes. “We stretched out. The audience was getting crazy. Finally, we got
word Bo had arrived.” We stopped playing and went out back door. Two Chrysler stations wagons had pulled up and parked on the sidewalk. They were covered with randomly placed pinstriped hot
rod decals and a hand-lettered sign that read BO DIDDLEY BAND. 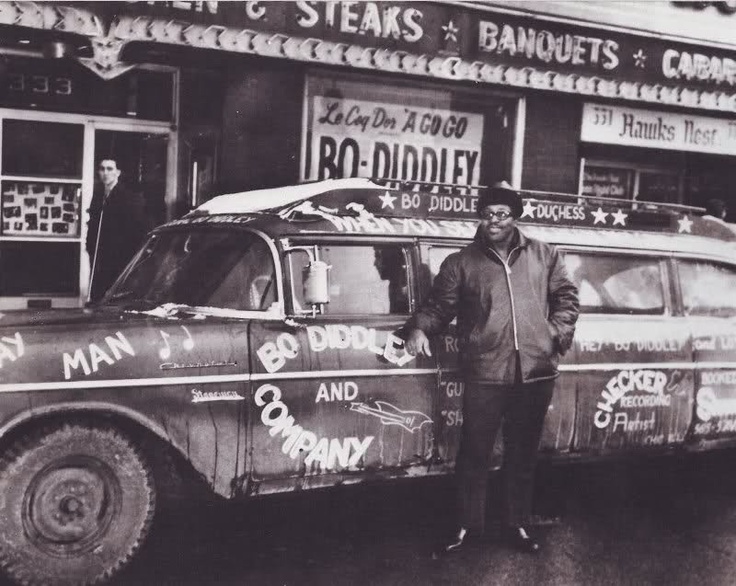 Two giant black men
in thick fur coats were driving. The three-piece band unloaded their drum kit. Bo
argued with the frat-boy promoter. Ricky, Stanley, and I walked up. The frat boy,
irate and overly agitated, shook a performance contract and screamed, “It says right
here you are playing two hour sets and taking one break.” Bo Diddley slowly reached
in his pants pocket and pulled out a wadded up greasy piece of paper and unfolded
it. Sure enough, it is the contract. “Yeah,” he says. “It say that in my contract, too.” He wads it up and puts it back in his pants. He points at me. “He could have been Bo Diddley.” He points at
Stanley, who is in true racist near frenzy. “Or he could have been Bo Diddley,” he
continued. “But I is Bo Diddley and Bo Diddley is taking three breaks.”That was it. I agreed to play the breaks for an extra $150; the proceedings commenced. 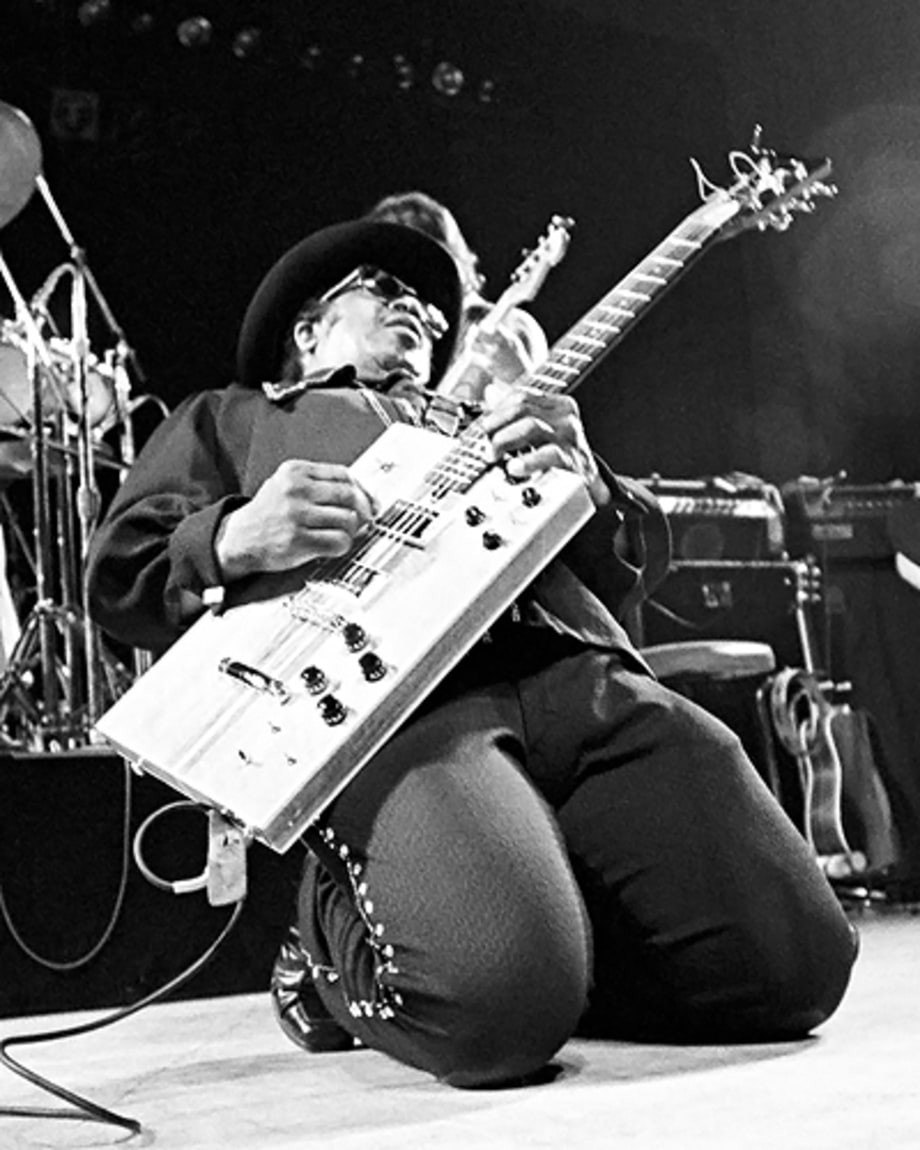 The hour struck and the witch man, great raiser of the dead, had arrived
with an ampliﬁer that looked like an icebox lying down and an orange guitar shaped
like a Ford Fairlane. The trio wore knee-length red coats. Bo turned on the amp and
tuned his guitar at full volume. The crowd screamed. Bo laughed and laughed, and
kept tuning. Then he started, drums laying a repeated pounding rhythm, maracas
ﬁlling up the holes. Jungle sound ﬁlled the armory. The world stood on its head and
screamed. No one was dancing exactly; the crowd moved like one great sheet. On a
pedestal ten feet over the crowd’s heads, mad men were rain dancing. The night
stopped being pink and became ﬂaming green. Everything was orange, like methylate
spilled in a bathtub. Football disciples down front had six-pack beer cartons on
their heads and whooped the Indian dance, hearing the organ grinder, hearing the
mating call. 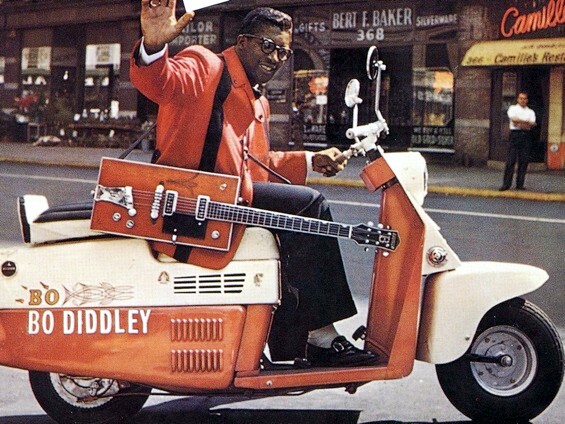