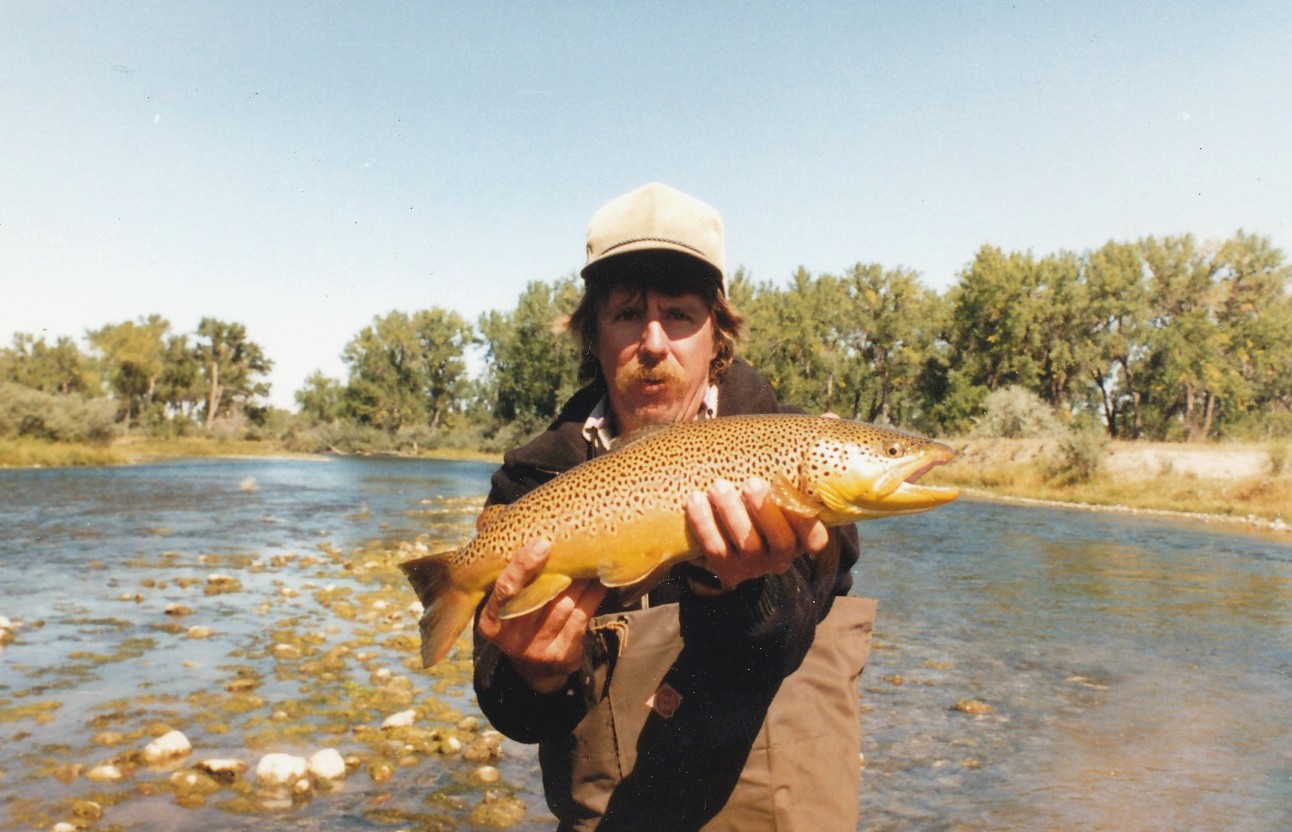 I would call the decade of the 1980s the salad days on the Bighorn River.  Previously a warm water fishery until the completion of the Yellowtail Dam in 1967, it quickly developed into one of the most fertile tailwater trout breeding grounds anywhere in the world. But few knew because it was closed to the public…only the Crow were allowed to fish and other than a few bait slingers and lure chuckers, nobody much bothered with it. I used to guide a gentleman on the Madison and Beaverhead by the name of Jack Love who had a ranch in Sheridan, Wy. He would tell me tales of the Bighorn where he had finagled his way on to fish. 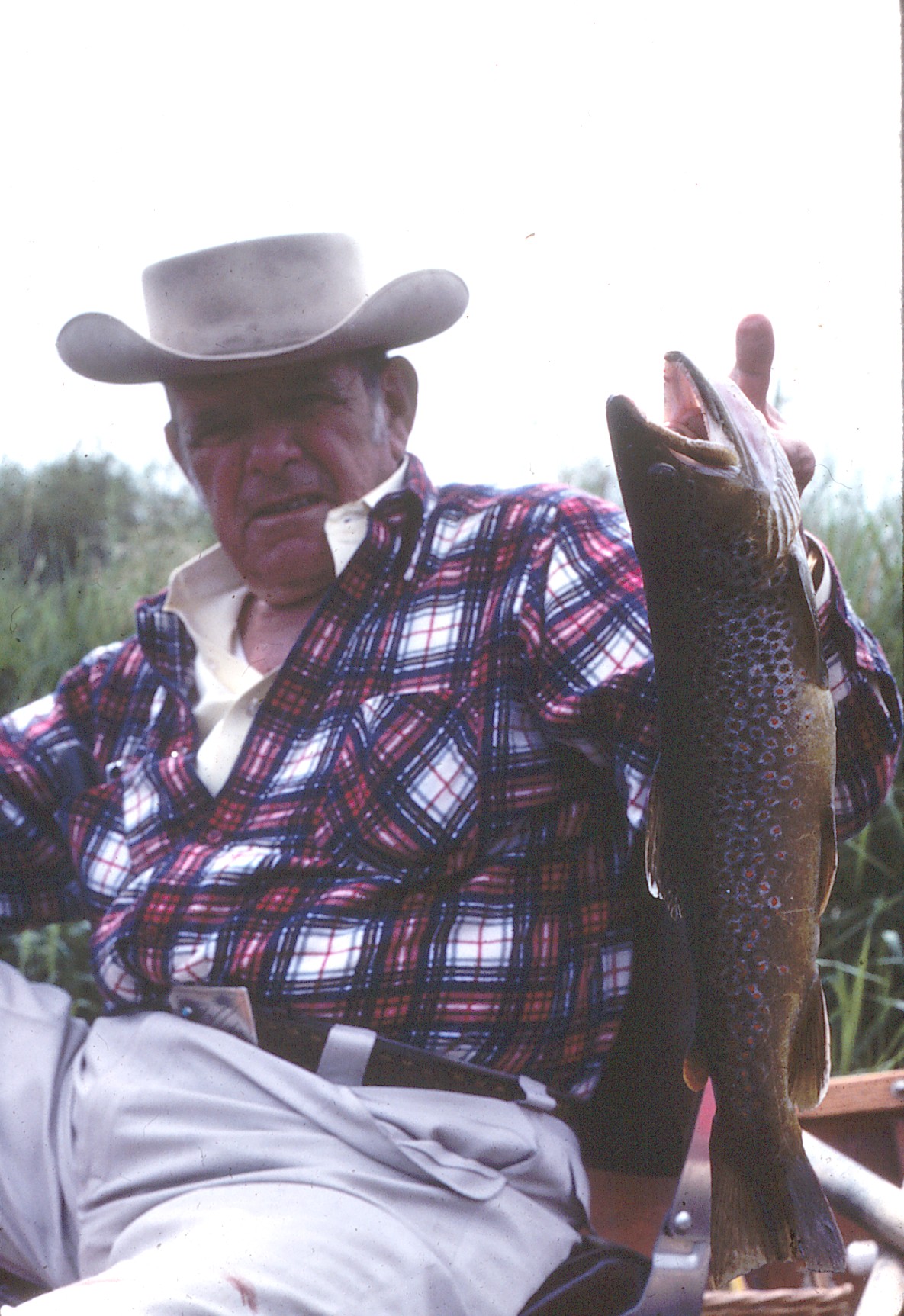 “You know I only have had two trout mounted for my wall,” he told me, “a ten pound rainbow and a twelve pound rainbow. I caught ’em both on the Bighorn using a Bitch Creek.”

Mr. Love would special order his Bitch Creek nymphs unweighted from Dan Bailey’s, size four and size two, with the rubber legs head and tail untrimmed, dangling four inches each end. He would rod-tip twitch ’em like a streamer.

His claims of big fish captured my thoughts.

How can I get on the Bighorn?

The answer came in 1981 when legislation was passed to allow public access to the Bighorn River up to the high water mark. After a brief kerfuffle at The Two Leggings Bridge near Hardin and some negative national press, the coast was clear and a bunch of us planned our maiden voyage to the Bighorn, fully armed with a fleet of drift boats, one canoe and boxes and boxes of secret flies.

We were not disappointed. 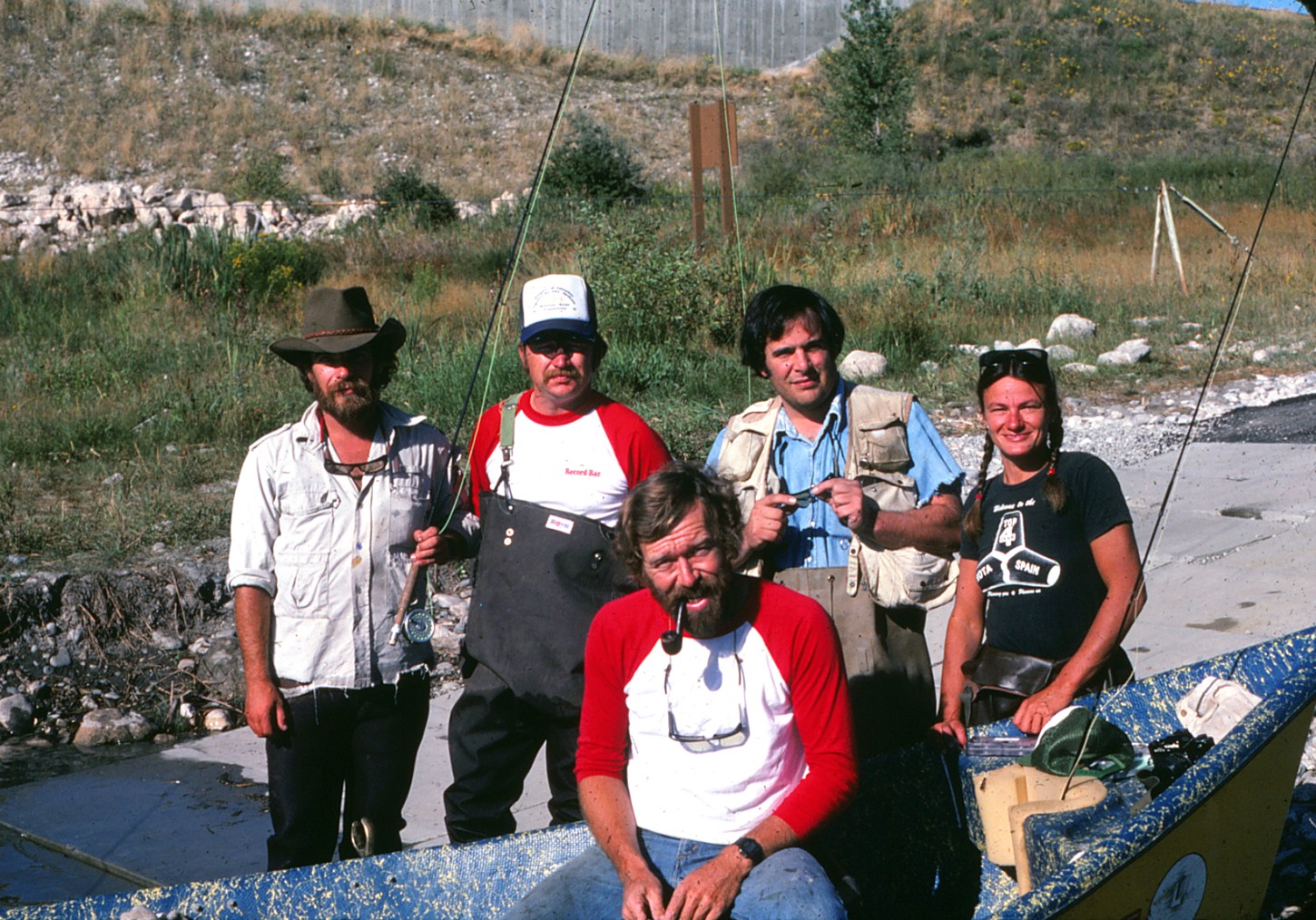 Floating down a new river for the very first time is Forrest Gump’s chocolate box…you’re not sure what you’re going to get but you know it’s going to be good. We drifted down below the dam and under the power lines. Around the first bend to the left was a smooth pocket of water that was boiling with rising fish. We had on Girdle Bugs and Bitch Creek Nymphs. It didn’t really matter. 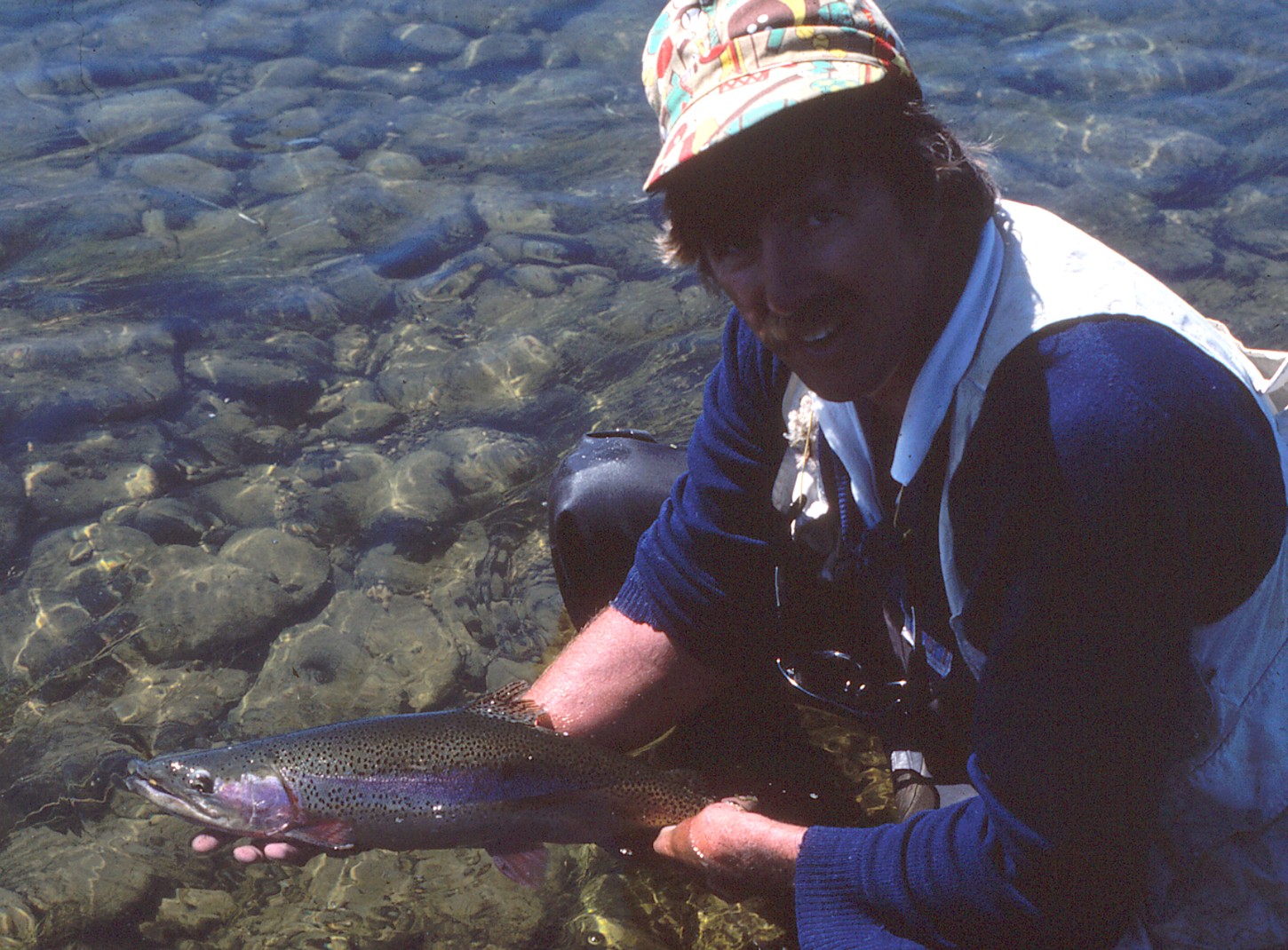 First cast, WHAM!…twenty inch rainbow and so on and so forth. The fish weren’t picky (stupid is a better word), and we caught them most of the way down. Then late in the day and into the evening out came the black caddis…hordes of them. Angry trout smacking on the surface, ripping line, burning drags, eating up backing. 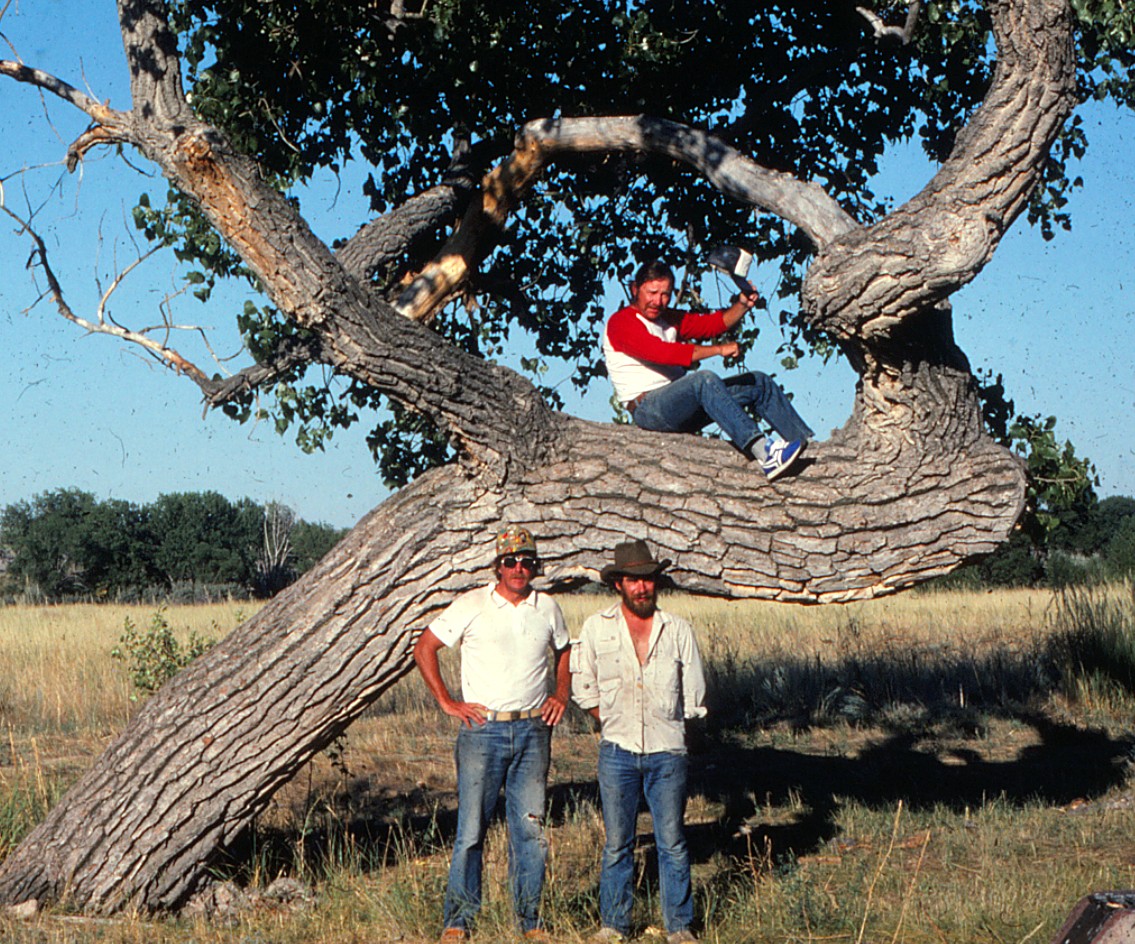 One afternoon, late in the day, we hung around the boat ramp at the Bighorn Access (13 Mile). A group of spin and bait guys in john boats from Billings were rolling in. They beached the boats, pulled out Coleman coolers and popped them open along the shore. Out rolled slabs of crimson red and golden brown…large trout, many well over twenty inches flopped out, slithering through grass and gravel. Filet knives flashed, bright orange shrimp-fed fish flesh was laid open, gills and guts were flung out into the river amid much shucking and jiving and loud boasting…”Son,  thatsa hog!” 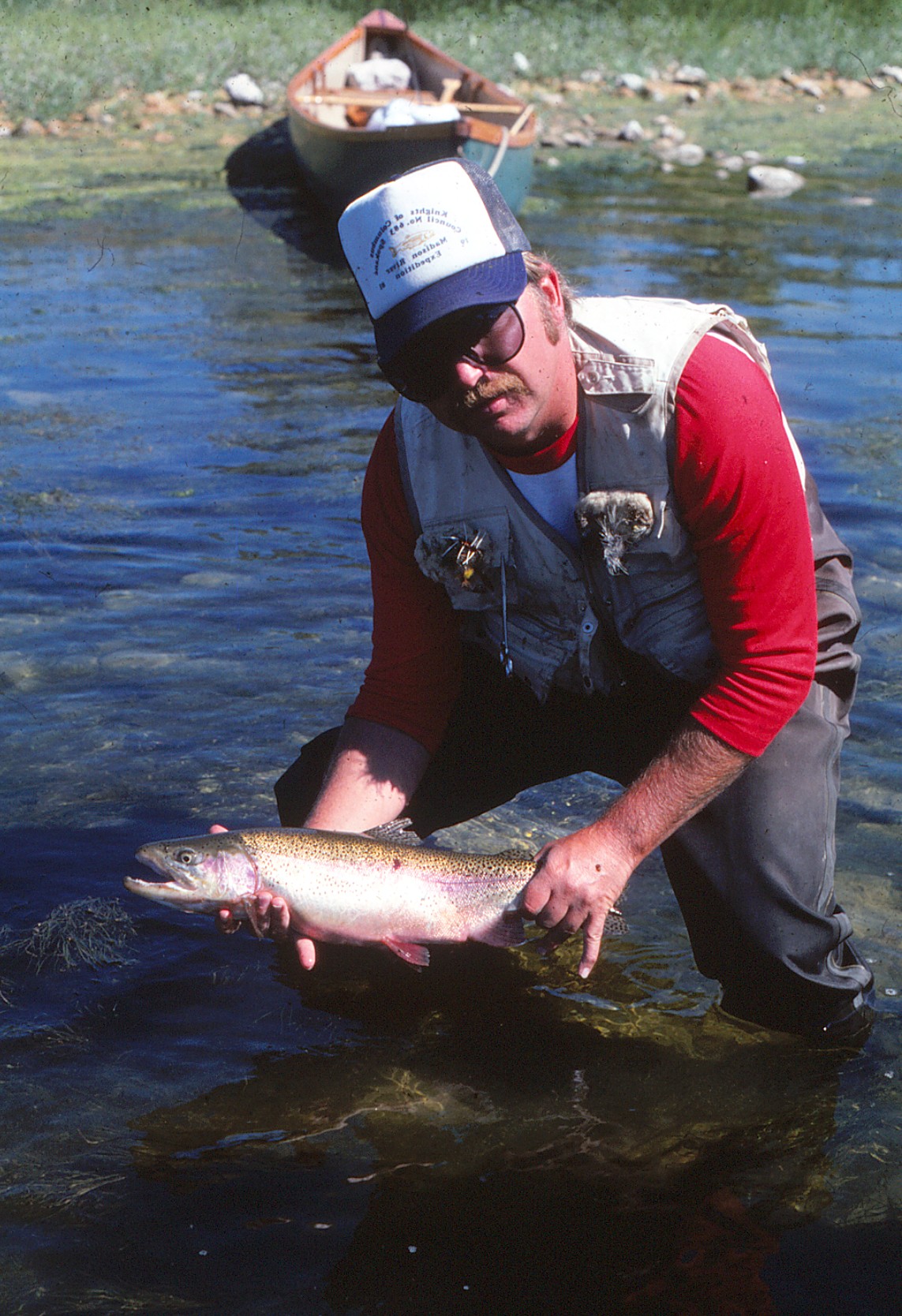 On that first trip, we saw firsthand what The Bighorn was…an incredible fish factory. 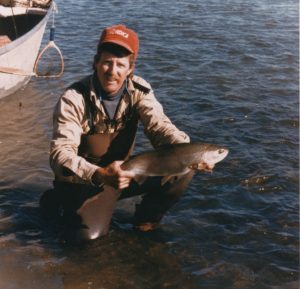 I guided anglers quite a bit on the Bighorn through the 1980s, making the 300 mile run from Ennis to Ft. Smith, Mt. for a week at a time in Aug. Sept. and Oct.

Some of my notes from those days: 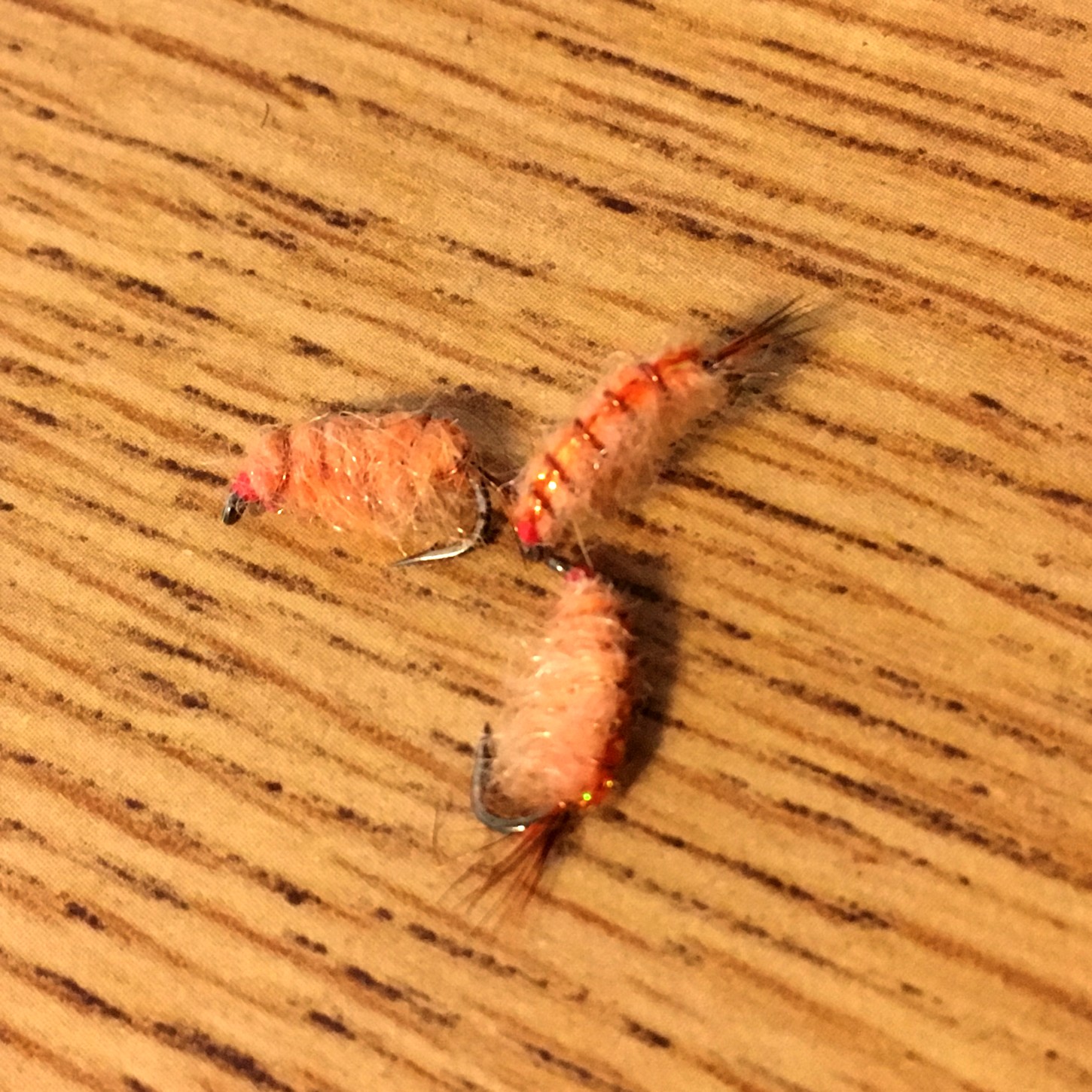 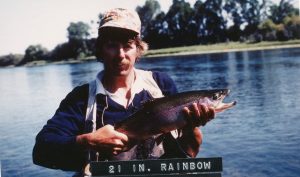 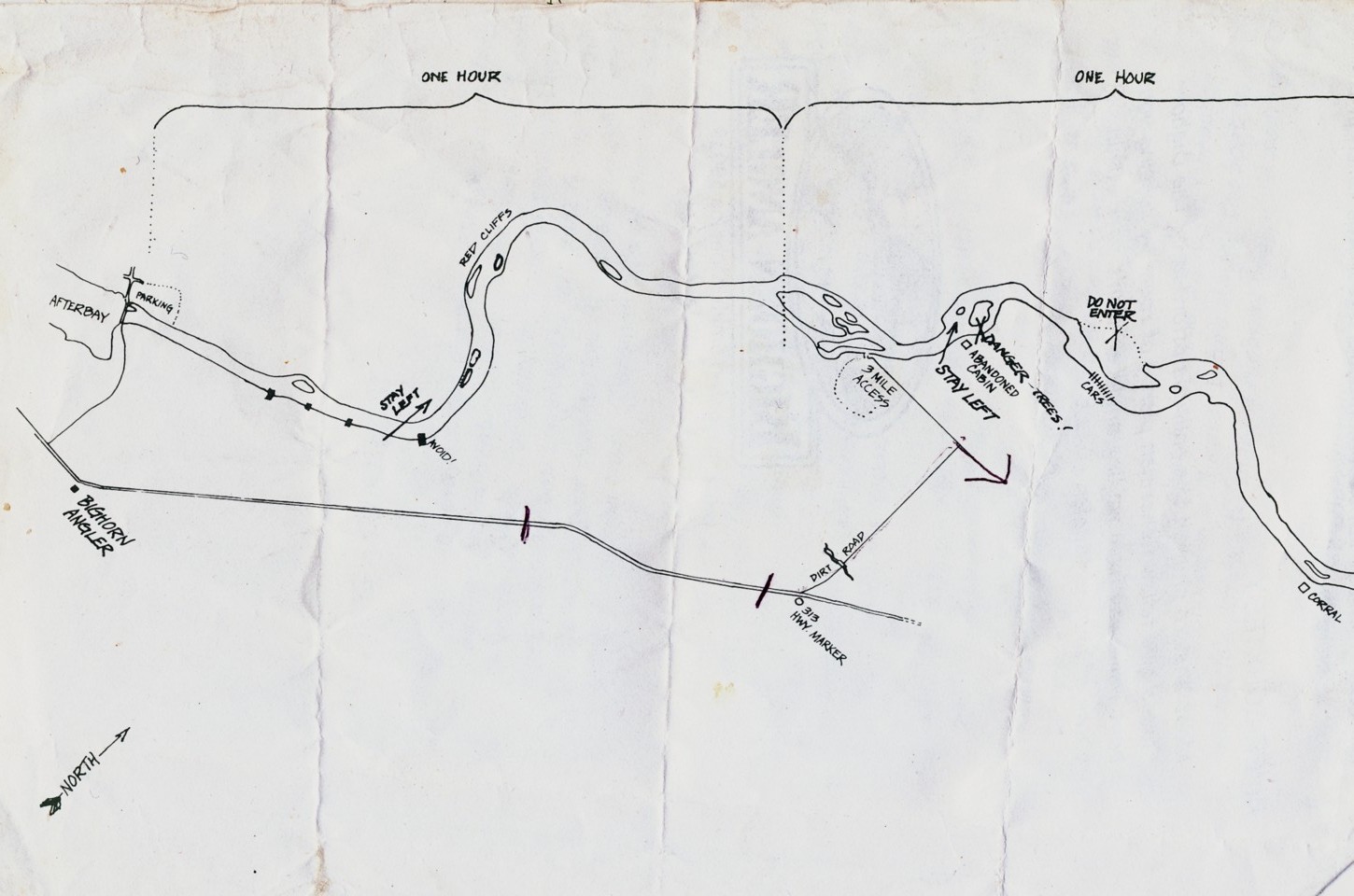 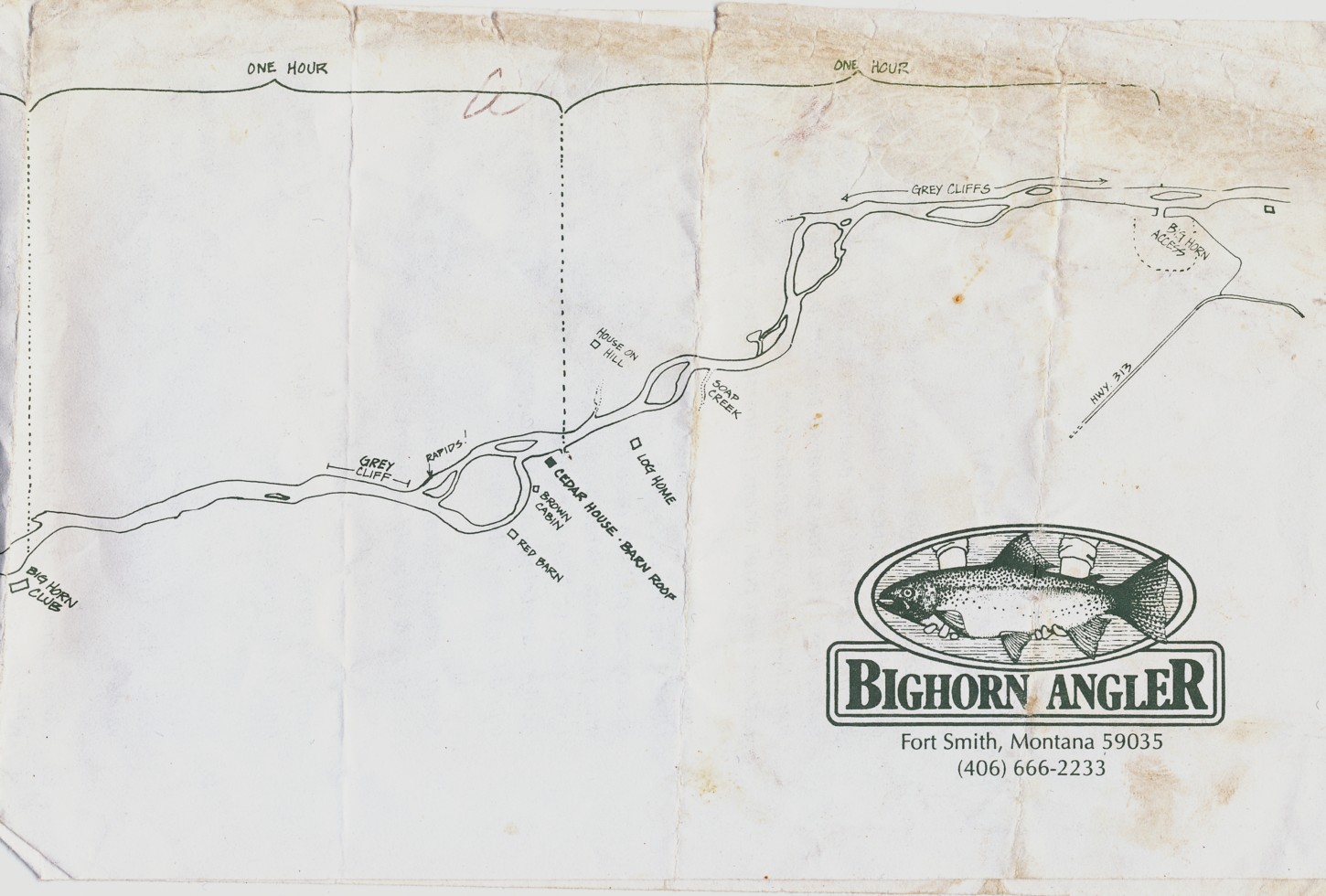 1989 was my final year guiding on the Bighorn. The fishing was and is still great but just too crowded for my liking. It remains a world class fishery. I was so lucky to experience it at it’s peak and the memories are priceless!