The jet-black Hummer rolled ominously across the winding ranch road through golden stands of cottonwoods, willows and aspens. Along the spring creek, the frost- bitten browned-out bear grass has given up growing and droops lower and lower to ground level, grudgingly waiting for the first snow to flatten and bury it for four months.

October in Montana is two things: a reluctant farewell to summer and an inevitable intro to a long winter.

Dexter Prescott steered a course towards town, downhill past scattered double-wide trailers and single story bungalows, finally leaving gravel for a paved two lane, then leveling off inside the town limits. Nicer three and four bedroom newly built two-story residences tried valiantly to blend in with old, traditional ranch homes without much success. Silly looking freshly constructed log cabins with green tin roofs crashed the party here and there, looking as if someone had built them on the fly using mail order, do-it-yourself kits.

As Prescott drove through town he thought, how easy this is, how simple.

He passed Busby’s Family Grocery store, the Wagon Wheel bar and Bettie’s Café, turned right at the post office and crossed the railroad tracks. A vacant real estate office had a FOR SALE sign out front. He eased the Hummer into a parking lot in front of a chain-link fence with strands of barbed wire strung tight across the top and stopped at the locked gate. A sign read U STORE-IT.

Prescott took out the key from the ignition switch and fumbled with the key chain until he found the right one. The lock popped open and he swung the gate to the inside. He re-entered the Hummer, drove slowly through the entrance and locked the gate behind him. Moving down the double rows of smaller “mini” storage units he finally came to the larger ones toward the back. They had double the space and enough width and height to store a vehicle if needed. The Hummer ground slowly to a stop in front of unit 48. The combination lock on the storage door was the large, heavy duty variety and without hesitation Dexter Prescott put the Hummer in park, hopped out, spun the dial on the combo lock and clicked it open. He raised the storage door up over his head in kind of a lift, clean and jerk move, stepped inside and flipped on the light switch. He lowered the door behind him.

A plain, white Chevy van sat parked in the middle of the unit, backed in, headed out. The side panels had “Big Sky Outdoor Adventures” stenciled in block lettering with caricatures of rafts, canoes and river boats pictured underneath. Behind the van, lined up neatly according to color and stacked three-high, were rows and rows of outdoor picnic coolers…the expensive, heavy duty fiberglass 110 quart variety… in white, tan and mint green. Each cooler had “Bigfoot” stamped under the lid with the circled outline of a bear paw print underneath.

Prescott removed one of the mint green coolers from the stack by gripping the side handles and set it down on the concrete floor. Opening the lid, he removed a strip of hard rubber molding that covered the inside rim of the cooler and located four Phillips stainless steel pan-head screws set in each corner of the inside top of the cooler. He opened the rear doors to the van and selected the correct screwdriver from a tool box. Carefully unscrewing each, he set the four screws aside. He then used a wide-blade standard screwdriver to gently pry up the inside liner of the cooler. He slid the liner out and set it on the floor. The inside of the cooler revealed a false bottom. Lined up carefully, surrounded by styrofoam and stacked two-deep were rows of sealed, white plastic baggies stuffed to capacity. Each baggie had a black letter “Z” scrawled with magic marker on the plastic. Prescott’s facial features transformed.

He reached into his pants pocket and pulled out a four- inch, switch-blade pocket knife. It had two blades…one was the standard “Old Timer” variety, the other was a straight razor. Using the razor blade, he carefully made a small slit in one of the baggies. Moistening a little finger, Prescott dipped into the clear powder and raised his pinky to just below his left nostril. The snort sent an electrifying jolt through his system. His eyeballs rolled and bounced like pinballs and his body lurched. The walls of the storage unit spun like a merry-go-round and Dexter Prescott imagined himself being launched into outer space like some celestial meteor trailing fire.

It was Godzilla, or “Z” for short. Monster methamphetamine cooked to 99 per cent crystal purity in the remote hills of Northern California where Prescott grew up. It was almighty powerful crank and commanded an almighty powerful street price of $300 per eight-ball. Dexter Prescott had a direct line to the source and an A-list of clients tripping over each other to pay the price. Each cooler concealed eight pounds of pure crystal meth at a street value of over $300,000.

Prescott sat down on the rear of the van and gathered himself. So simple, so easy he thought.

He felt like the most powerful person on earth. 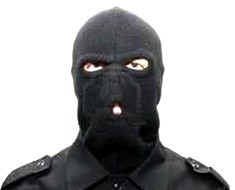